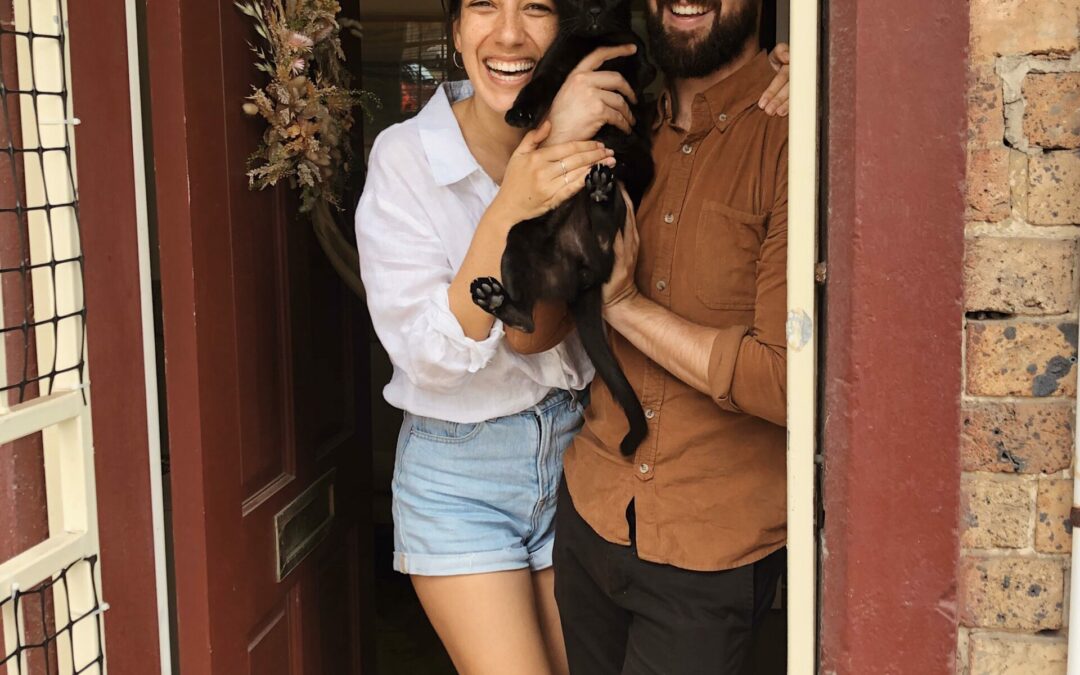 Some say black cats are unlucky. Noodle, our little three-legged Siamese black cat, proves this wrong. We adopted Noodle in Thailand, from a shelter in Bangkok. He arrived at the shelter with a dislocated front paw and a note attached to him saying that he'd been thrown from a moving car and needed help. Unfortunately his paw needed to be amputated. When we arrived at the shelter to choose our new pet, he immediately hopped over and sat in my lap. He chose us, so we chose him. Since then we moved him back to Sydney (via Malaysia and then Melbourne) and he loves his new life in Australia watching birds from the window and going on walks with his dad. He proves that disability never limits him (you only have to watch him run up the stairs to see this in action) and he has brought so much joy that we feel like the luckiest people that Noodle chose us to be his parents.