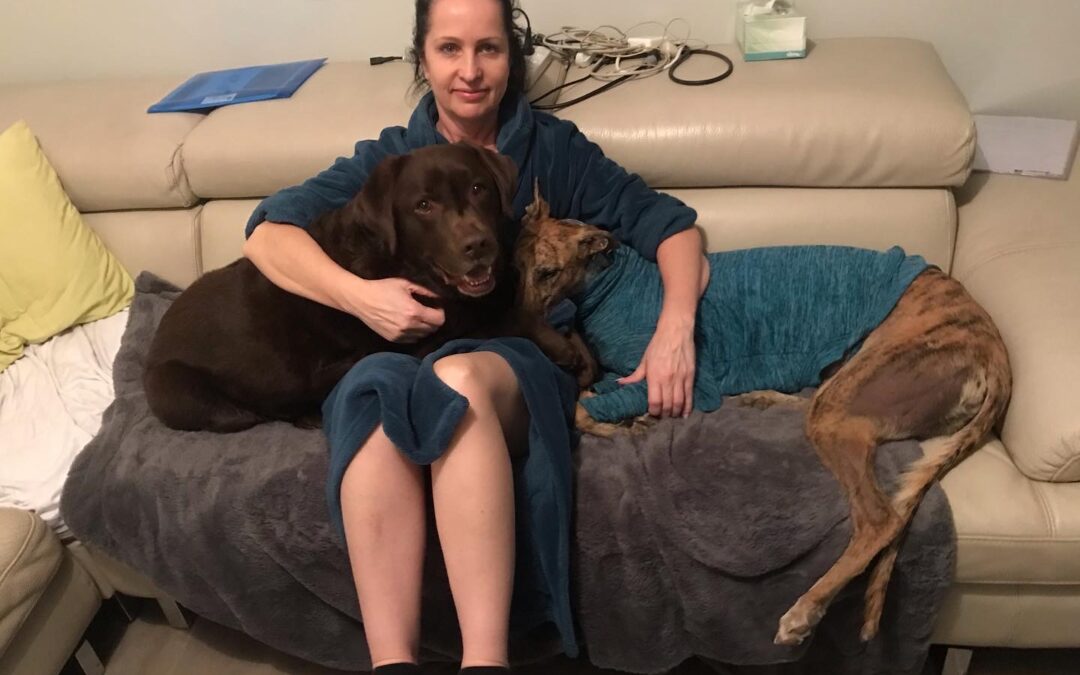 As a teen I worked as a greyhound vet nurse. I watched as up to 9 greyhounds would be put to sleep on a daily basis because they weren’t fast . One day a man came in with emphysema with only 3 months to live. He asked to have his 7 greyhounds put down as he could not bare the thought of his babies getting into the hands of someone who wouldn’t love them as much as he did. I watched as each grey was put down, as he held them, as the took their last breath… he cried… I cried… I always said from this day that one day I would rescue a greyhound. I’m now 50 and have adopted my first hound… Feyre. She won’t be the last. We’ve had her for 3 weeks and we’re deeply in love.♥️