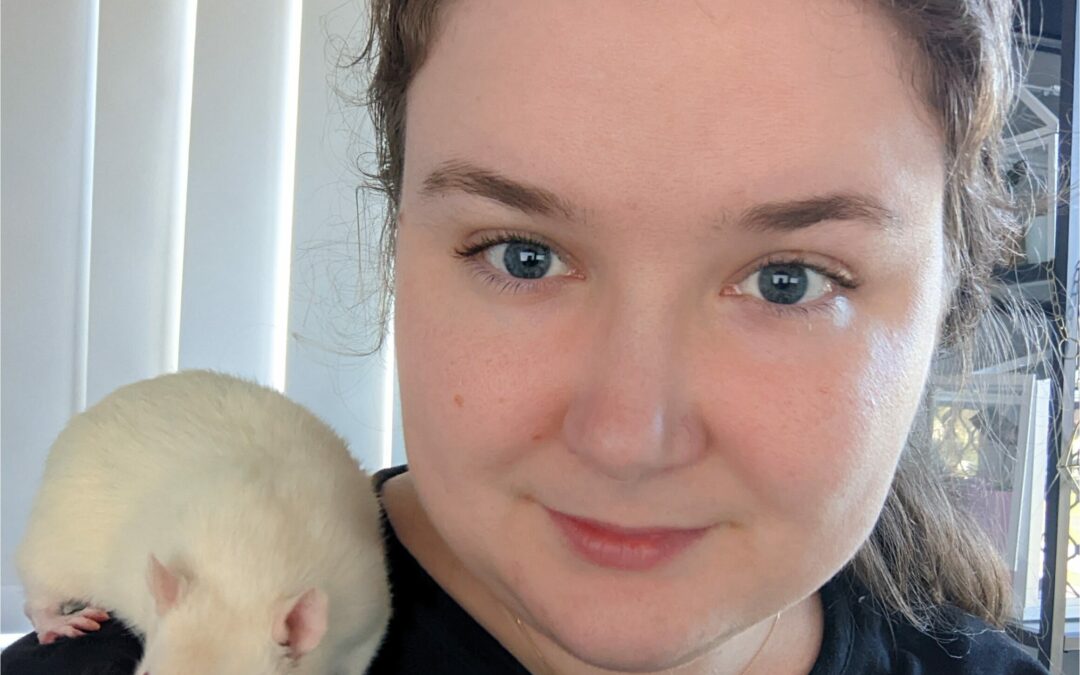 Atlas changed our lives just as much as we changed his. When we went to adopt another desexed boy from Rachie's Ratirement Home, we met a few friendly rats ready to be adopted. But it was only when we were introduced to Atlas that I knew he needed to come home with us.

When surrendered to the rescue, he arrived in a cage that reeked of rotten food and was sleeping in a noodle packet. He hissed out of fear at volunteers and was terrified of everything. The rescue suspected he'd never had healthy interactions with another rat and cautioned that we would need to take things slowly.

Despite his initial wariness of his new surroundings, I could tell a pet home was already doing him a world of good. He made friends with each of our rats, and went from sleeping on his own to being in the middle of snuggle piles. Seeing him go from a terrified and defensive rat to a happy boy who will gladly spend an evening cuddled up on the couch with us humans or snuggled into a hammock with his cage mates has been one of the most rewarding experiences we’ve ever had.