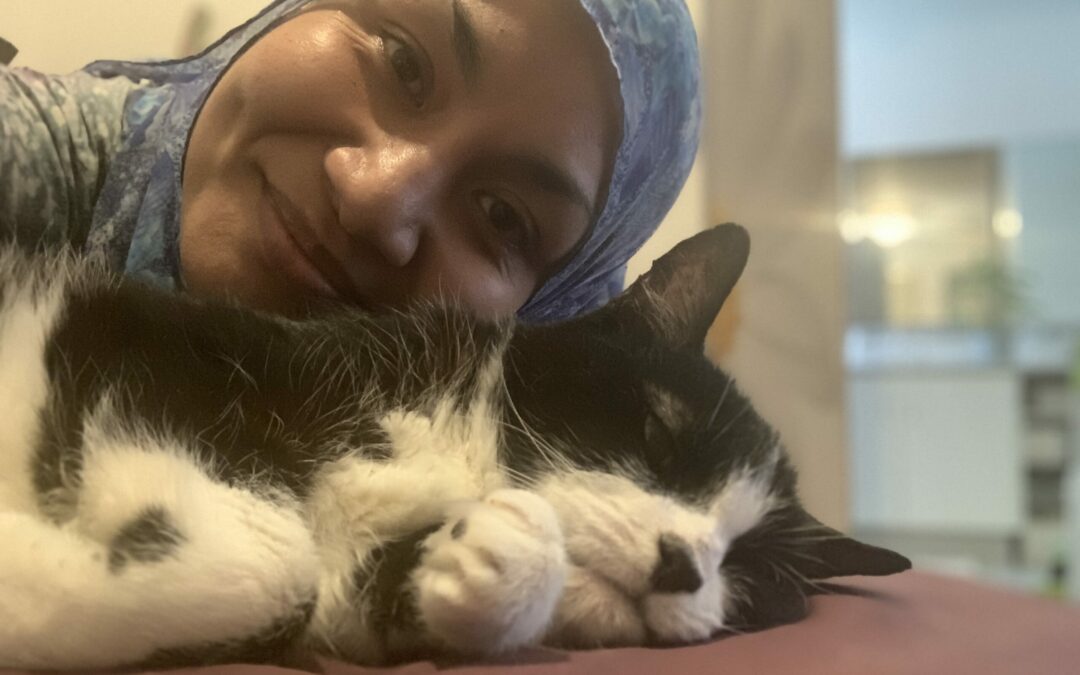 Zilla is a beautiful 19 year old cat whose owners could no longer afford to keep her because of multiple health issues, including kidney failure and a heart murmur. When I first started fostering her, she seemed traumatised by the abandonment that she would wail for me if she lost sight of me. She would even wake up crying loudly as if from a nightmare. But I learnt quickly that she lives for affection, so as time passed, giving her consistent pats and scratches in all her favourite spots, she settled into a happy routine.
When Zilla got the all clear for adoption under Cat Haven’s palliative care program, I was told it may take a long time for her to find her retirement home given her age and health issues—which concerned me because she needed that consistency and stability sooner rather than later. I wanted to give her the best chance at finding the perfect new family to love her as she deserved, so I gave her a persona I think suited her perfectly (Queen Zilla), I collected footage of her, I wrote a story and made a special video about her. She was adopted within a week!