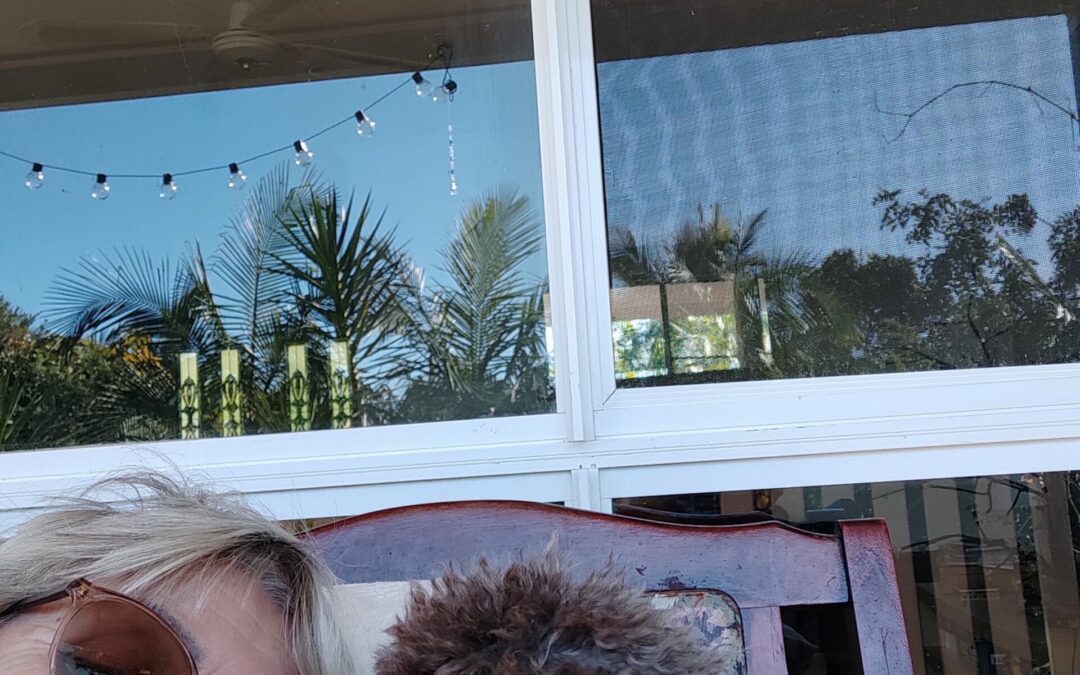 We arrived at Murwillumbah pound with our Border Collie/Kelpie Marley whom we had rescued in Sydney 5 years earlier. This tiny little chocolate brown toy poodle who they had named Ziggy was so excited to meet Marley that he just kept trying to kiss him. Well it's now seven years later and we still have them both but Ziggy has really been through the wars! We nearly lost him to a tick but he's a real fighter and pulled through after a month at the vet. Then he fell down the back stairs and broke his leg very badly. They operated and put a steel plate in but three months later the plate detached from his little bones and they had to amputate! We now call him love on three legs, he is the most loving little fellow in the world and I really still bless the day we found him, the love he gives is worth everything to me.