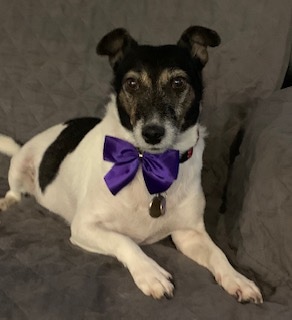 Tommy came from an abusive home and was suffering trauma and anxiety. Any sudden movement or moving of objects around him my poor boy would shake and his paws would go up to cover his face to protect himself. Being aware of this I was consciously aware to move slowly around him along with moving items around him. Working full-time I took him to doggie day care where the carers aware of his condition encouraged him to play and interact with other dogs. Between that lots of hugs and affection reassuring him so that he knew he was safe in his new home. Doggie day care was a God sent solution as he loves it so much and both I and him have made so many friends and he still goes and loves it.