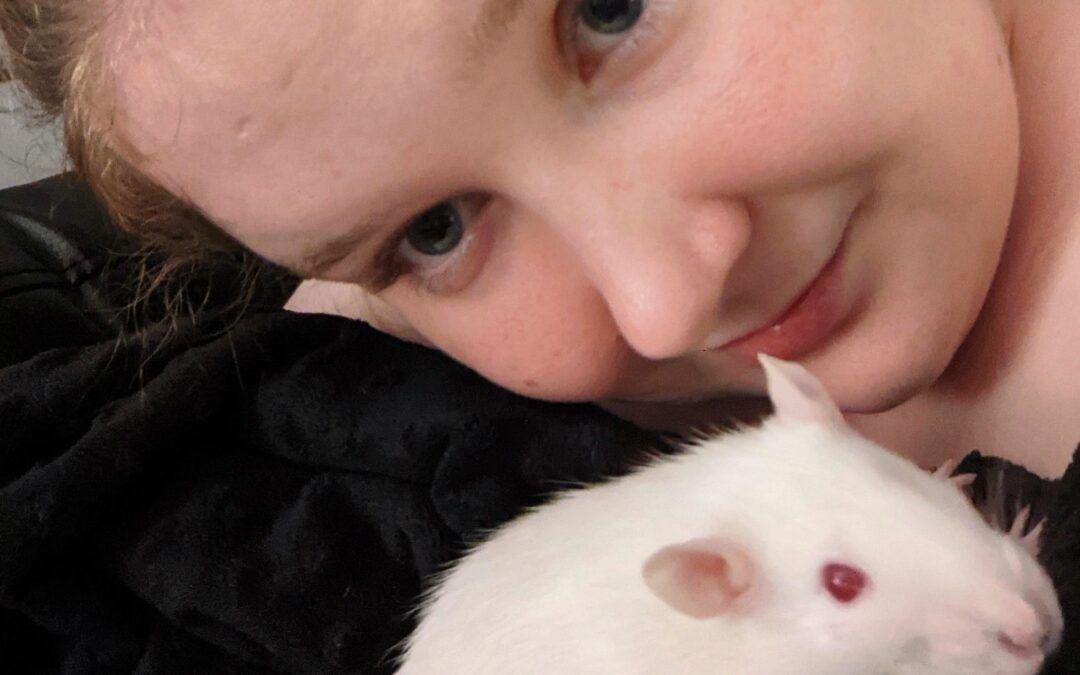 What started as “a few weeks in foster care” turned into a lifetime with us. When I first got Squeak, she would screech and nip at anyone who came near her. With love and patience, she started to settle in with our other females, and I couldn't bring myself to return her, telling the rescue she needed us. Turns out it was us who needed Squeak. We adopted a desexed boy rat a few months later, and at first we feared Squeak wouldn’t accept a new rat. However, it became clear she didn’t have just another cagemate, she had a soulmate. So I did what any sane rat owner does – I helped them get hitched, with the event being broadcast to thousands of people via Rachie's Ratirement Home's Facebook page. The community couldn’t believe how gentle she’d become. Squeak continued to grow in gentleness, and sought the company of humans too. We added to our mischief once again through foster failing, and she helped the newcomers learn they could trust others. Squeak passed away peacefully a few weeks ago, but her story touched so many lives, and left a legacy that shows just how powerful second chances are.