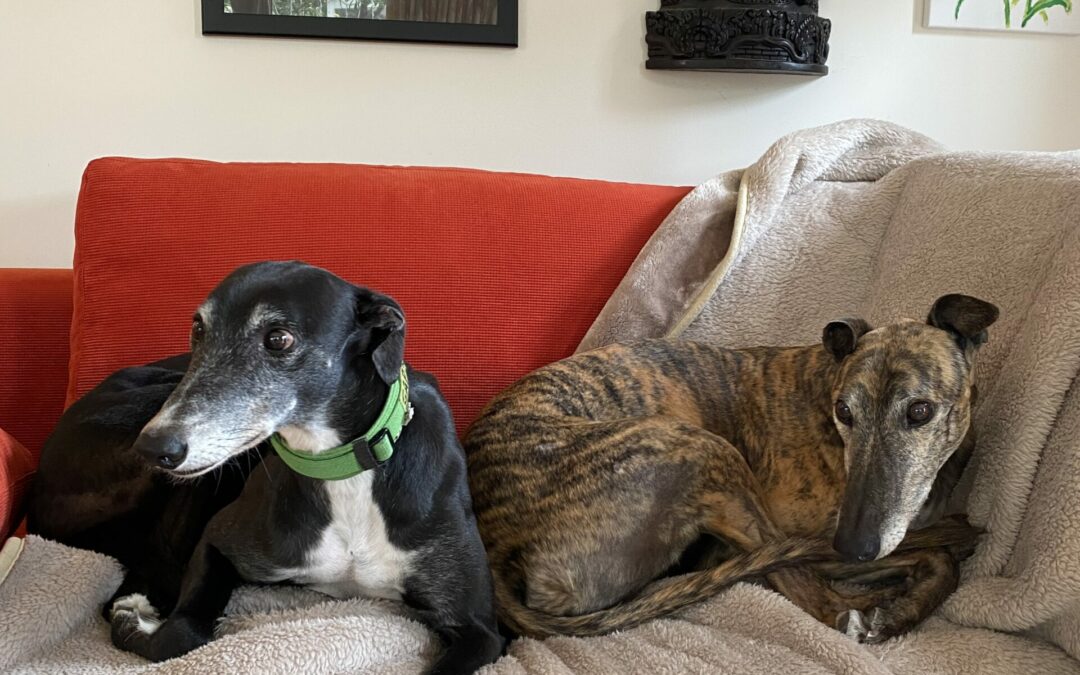 Two years ago, our gorgeous Papillon passed away unexpectedly on the operating table during knee surgery. She was eight; we were devastated. She sadly left a void in our home which we thought could not be filled with another pet. Months later, my husband heard about the GAP program on the radio. We knew nothing about greyhounds but we were moved by the emotional stories on the website. We fell in love with the greyhounds at the Seymour kennels immediately. We wanted to save them all but settled on two: Sammy and Dobby. Sammy was my husband’s choice, he never had a pet growing up. So we brought Sammy home but this poor dog had been a true racer and was traumatised by his life in the racing kennels. Sammy was afraid of my husband (or any man) and my husband was devastated. Sammy had never played with toys, never used stairs, was afraid of overhead fans and didn’t know how to appreciate a couch. But now, with time and love, he’s the most goofy, affectionate boy you’ll ever meet and there’s a beautiful bond between my husband and his first pet which is just magical to see.