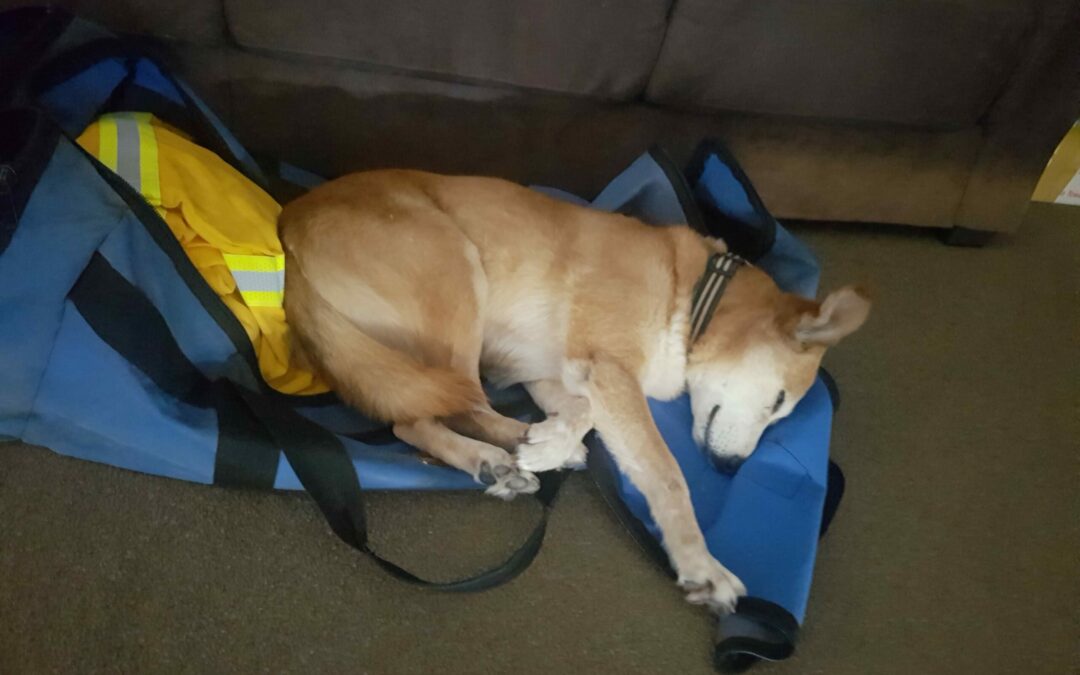 I picked Sam up the day after New Years in 2007. The pound had delayed putting him down until that day due to the public holiday. He was a 1yo street dog who had been there for 2 weeks. By chance I had time that day to see if they had any dogs and decided Sam was a good size and seemed friendly. Within a week he was a very loyal dog and he just wanted to shadow me everywhere. He got me running and he would regularly do Parkrun and longer runs up to he was 13yo. Usually he would run with anyone that would take him. Now at nearly 17yo he has been the best little mate and still hasn't lost some of his street smarts and habits (still thinks he can get away with all sorts of things)! Vets are surprised at his age as he looks pretty trim. Age is catching up and he is taking things easy in retirement and enjoys a longer nap when he can.