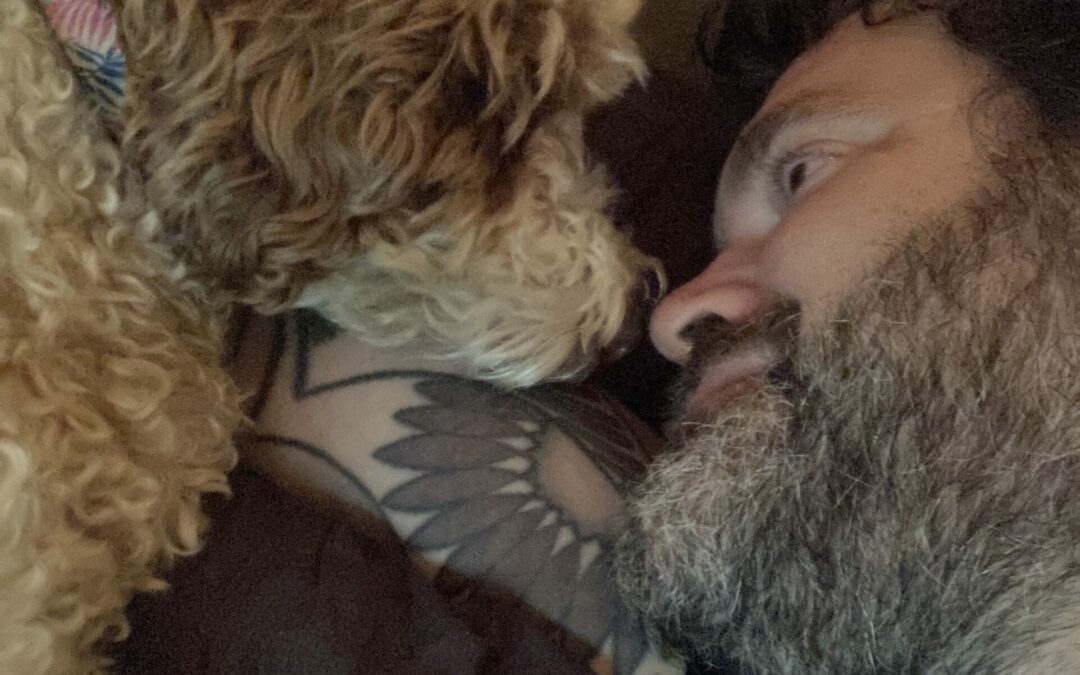 I had recently lost my beautiful boy Maxi a King Charles Cavalier from a sudden stroke. Quite heartbroken, I knew having just moved into my new place that I wanted to fill the place with positive energy. I decided to put an advert on 10 Facebook sites asking if anyone knew of a dog that needed re-homing. After many helpful rescue site suggestions, I received a screenshot via messenger of an advert from a lady who was in a place in her life I was in a few years ago. She had experienced a marriage breakdown and had two young kids who weren’t interested in playing with Rosie(Spoodle). She mentioned she had not had the energy to train her and pleaded for people not to judge her for re-homing Rosie. I called her immediately and arranged to meet the next morning at 6.30am so I could be back in time for my work at home as a hairdresser, I got up at 5am , drove for an hour and met Rosie. She clearly needed a lot of affection and had as much to give. She instantly bonded with my teenage daughter and is now my faithful loving salon companion.