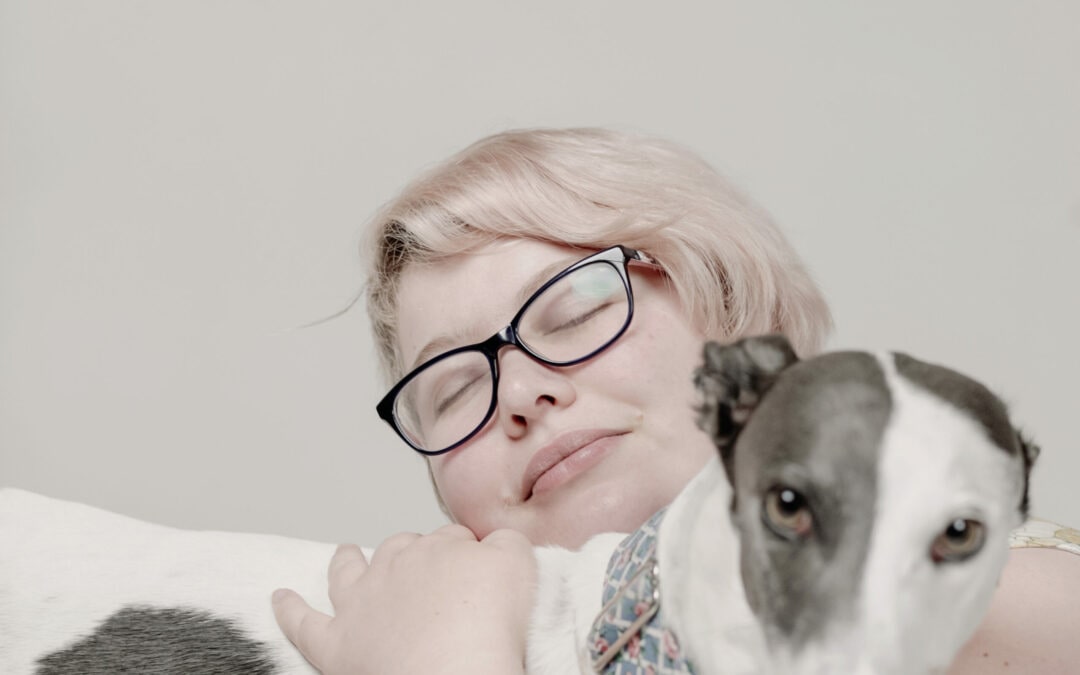 Rosie actually started out as a foster before we ended up foster failing! She was just 2 years old when we brought her home, and very nervous of lots of things. She was people-shy, especially men, as well as fearing certain noises and crowded locations. It was very difficult walking her, as she would freeze, but then if she didn’t get exercised, she would go crazy at home. There were definitely moments when I’d bawl my eyes out thinking I’d failed her. We ended up working with several professionals for her anxiety and she has improved massively! Having a confident older adopted brother, my other greyhound Fitzy, also really helped her. She loves her walks now, demands attention from people, loves giving kisses, and gives so much sass at home. She is such a character! She’s 6 this year and unfortunately on top of her anxiety, she now has pannus, arthritis and a mitral valve leak so lots of medication for her. She is otherwise thriving, and even though she was, and still is, a hard dog, it’s been totally worth it for the amount of love she gives. Cuddles with Rosie are the best!