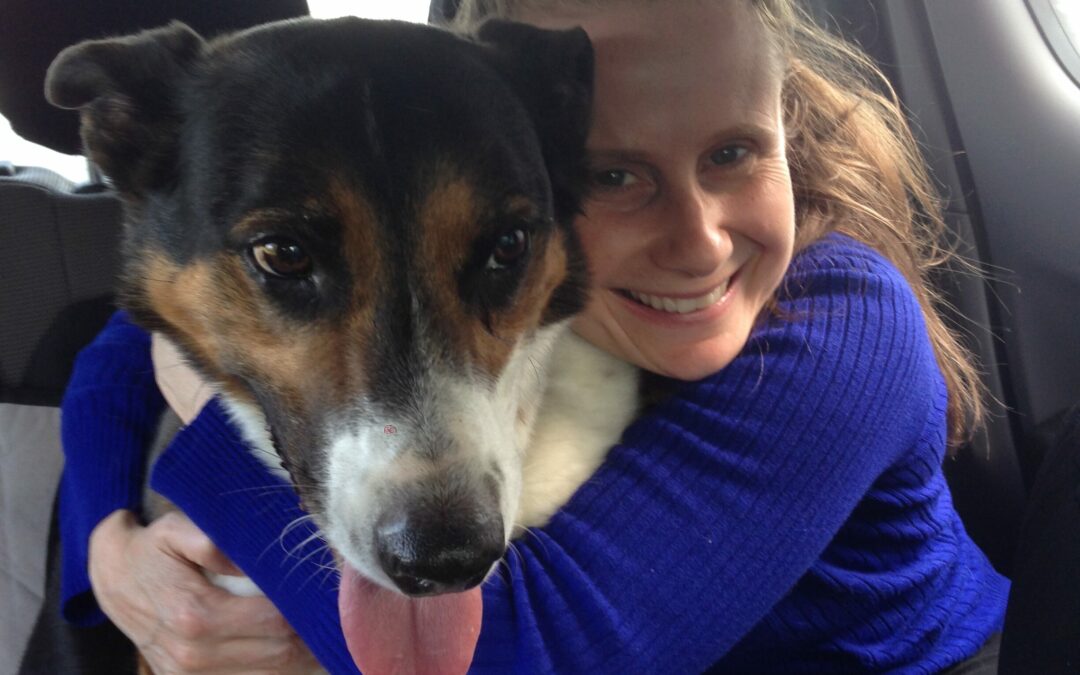 Rex is a wonderful dog, we adopted him when he was 6 and he’s now 16. He was always such a gentle soul, though he wasn’t well socialised with other dogs, he had no idea what a ball was for and he was anxious if people were to step over him to get past him if he was lying on the floor.
With a little TLC Rex began to thrive. He loves playing with other dogs at the park, he comes when he is called and he became obsessed with chasing his ball at the park, he just loved it! He was also fine with us stepping over him, he came to love and trust his family and he’s given us nothing but joy and laughter, he’s a goofy fellow. He’s so gentle with baby birds small puppies and children he’s a gem and we are blessed to have him and it’s wonderful he’s such a great age. Our lives would have been so empty without him. We hope he still has a few years left yet