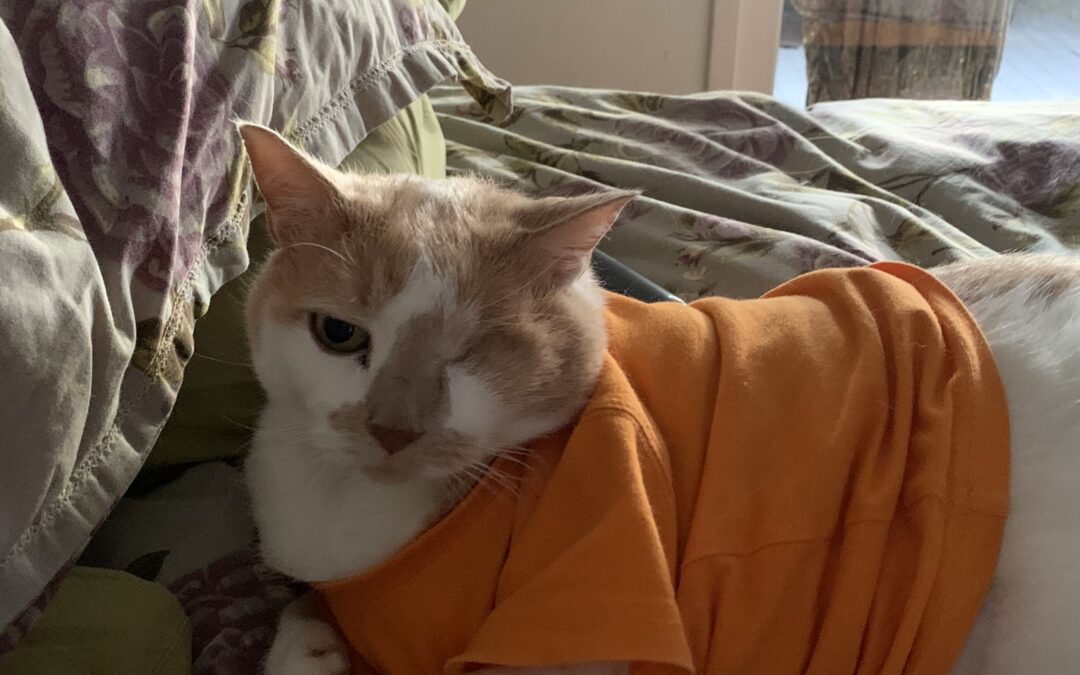 It was Christmas Day 2009 when friend found Purdie and his brother being hit by some children with sticks. He was probably only 5 weeks old weak and starving. She grabbed the kittens and bought Purdie to me. Purdie was damaged however he ate well and recovered quickly. I never intended to keep him how 12 years later Purdie who lives with 4 other cats and a dog runs the house. He has needed to have his eye removed due to damage he received as a kitten and quite an amount of surgery however Purdie is a spoiled, happy, very large cat.