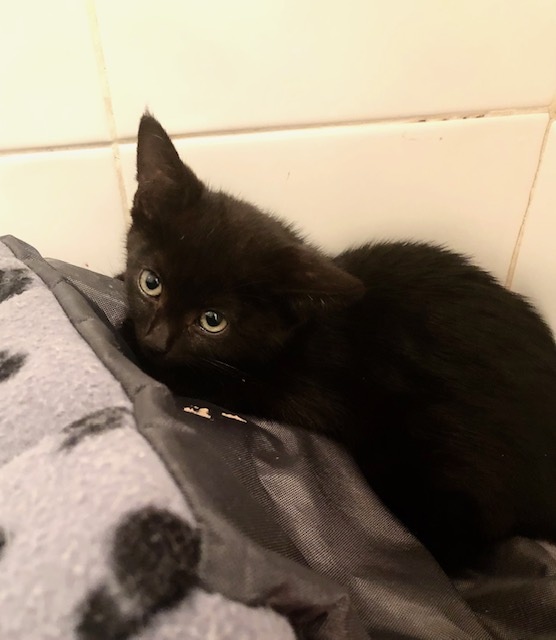 I first heard Poe, rather than saw him. He was tucked away in the back of the shelter cage, hissing away. Being a black kitten, he was well camouflaged in the shadows. I was used to taking home neonate kittens but seeing poor Poe, spitting and hissing at his scary surroundings really broke my heart. I wanted to take him home immediately. Which I did that night.
Poe was 10wks old and had very little exposure to people. The first week, I spent putting small amounts of mushy fishy cat food in front of him and leaving him to eat as he refused to eat around me. He would bolt under his bed and all you would see would be the cushion moving. I would sit next to him, talking to him in a low voice. By the end of the week, this shy boy peeked out and licked the "kitty crack" off my fingers. My heart rejoiced! I had success!
I knew I had to still take it slowly but I stuck my finger near his head and he rubbed up against my finger! My heart melted. The feelings I had were all-encompassing and why fostering is so rewarding.