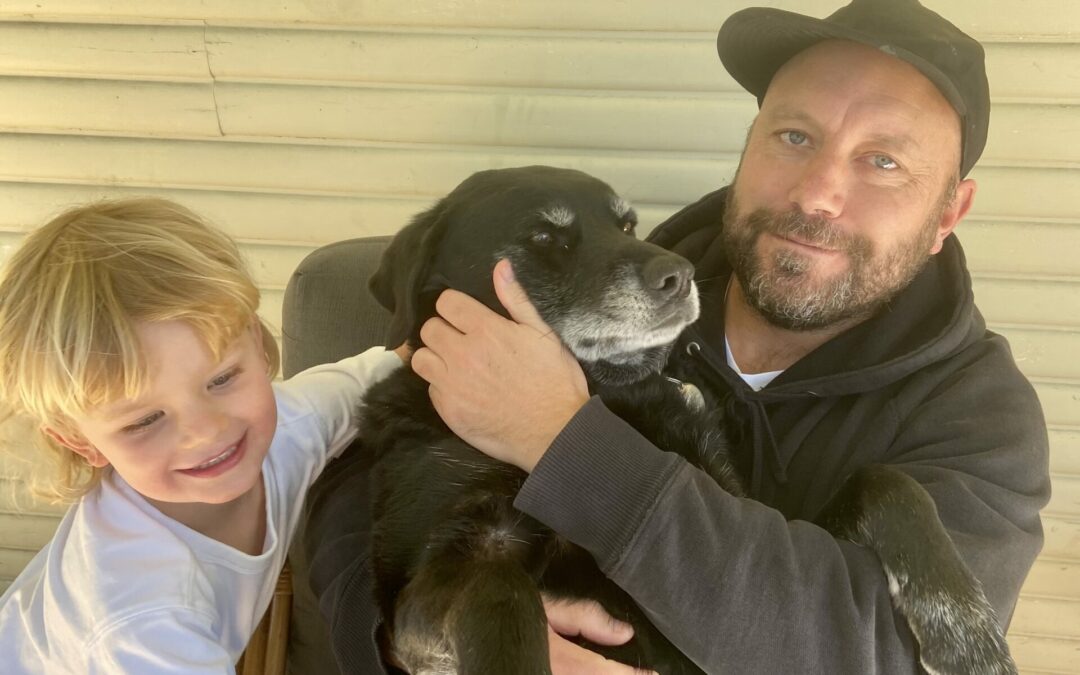 We got Nate when he was 8 weeks old. His foster career called him Nate and we liked it. When we first drove home with Nate he was scared. Even little noises would frighten him. And he hated the car. But over time Nate has grown confident and strong, relaxed. His profile pic was hilarious and he still gives us the same look 12 years later. Nate is such a kind, friendly guy. People literally just fall in love with him. We’ve moved around a bit and Nate makes friends with all the locals wherever we go. He knows more people then we do! We are so lucky to have such a smart, loyal dog as sort of our family. Since having kids Nate has taught them so much about caring for others, empathy and compassion. He is such a special part of our family. He goes nuts on the beach. Loves the water, playing fetch and loves a pat. Nate will bring you a stick the size of a 5 cent piece or a leaf to play fetch with. He literally throws it in your lap. He’s hilarious and sweet. We are the lucky opens to have him.