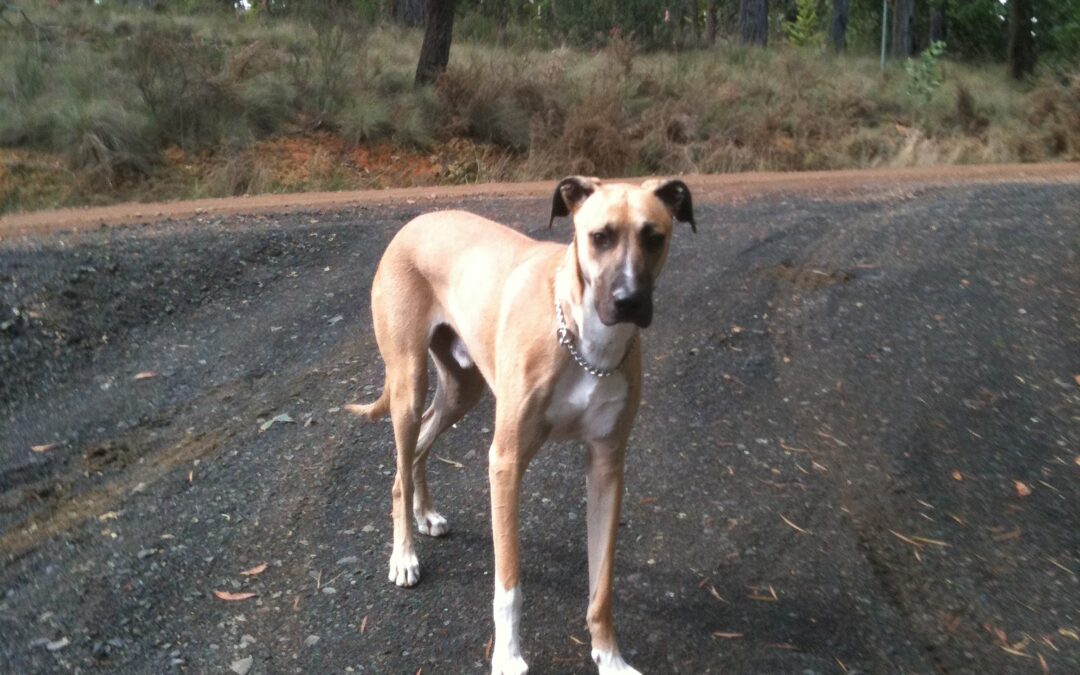 Our vet nurse, Kim, came across a dog that had been hit by a car on Christmas Day. She stopped to help and as she walked up to him, lying on his side bleeding, he wagged his tail at her and that was that. He was taken to the lost dogs home where he was treated and put up for adoption. On the eighth day, when he was going to be euthanised, Kim went and adopted him as she couldn’t bear to see such a gentle soul put to sleep. He then came to us. Murphy was around 18 months old and weighed only 17 kg at the time. He put on 7kg in the first week. He now weighs approx 54kg. He was a little destructive in the beginning but got over that insecurity. He has some issues from his run in with the car, mainly arthritis and had to have arthroscopic surgery but that doesn’t stop him nagging every day for his walk even though he is in some pain. He is now around 12 yo which is a great age for a large dog. Murphy is very special to all who meet him