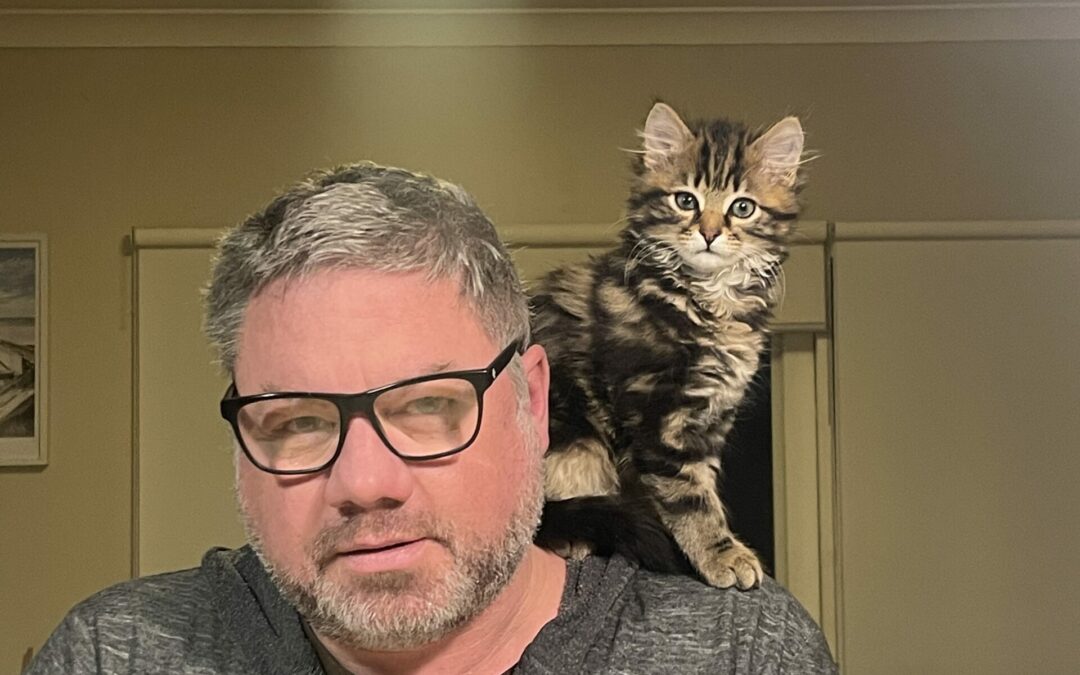 I was in the middle of trying to catch some stray and feral cats living on my property and I was going to foster them with the help of Peninsula Pet Rescue. However they were just too feral and I was heartbroken. Then I heard from a friend they had a 5 week old little kitty who’d been rejected by mumma and left at a friends holiday home. I said yes straight away to adopt this lil kitty I had never seen such a gorgeous girl with such a personality. After losing my two rescue dogs and a rescue cat over the last couple of years I was ready! Winnie is such a character she likes to ride on your shoulder like a parrot, she has a feral bitey side which were working on and she loves food, the minute she smells it she purrs so loudly. The pic is Winnie and my husband Richard.