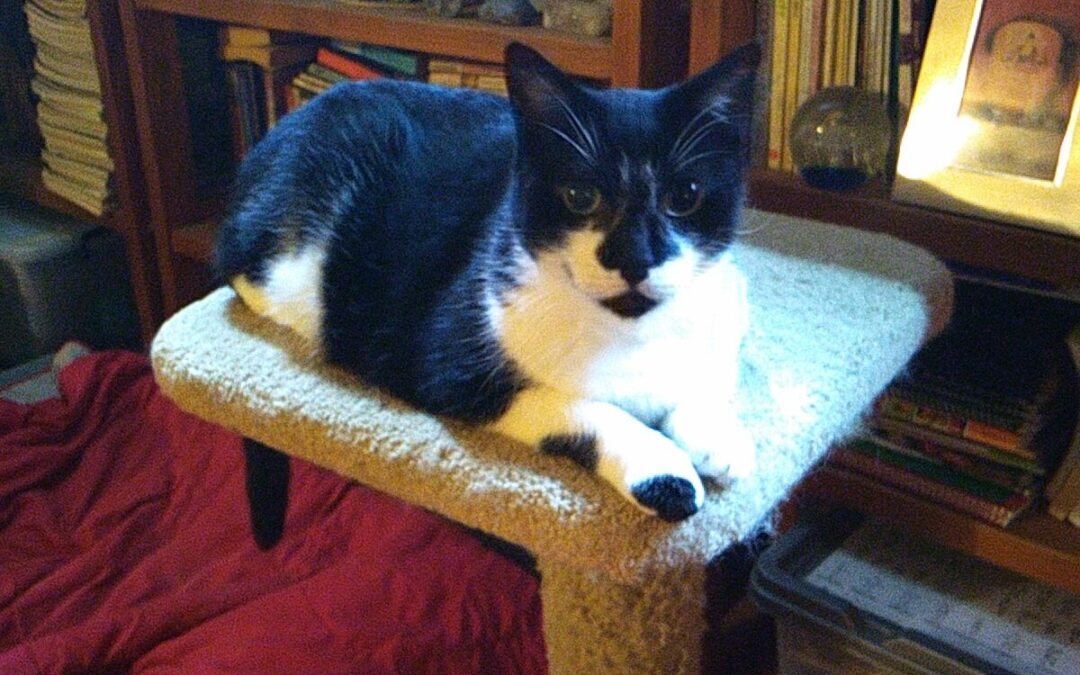 I was at the RSPCA to complain about neighbours throwing things at the neighbourhood bush turkeys, when a girl came in carrying a black and white cat in her arms. He was terrified. She wanted to travel overseas and was surrendering her 18 month old cat. She said he was nervous and would sometimes not eat. The RSPCA receptionist said that he would probably not adapt to shelter life and would very likely be euthanised. Well, I could NOT allow that!! So I offered to adopt him on the spot. And I am happy to say that 10 years later he is a well adjusted, fun-loving, affectionate boy that loves cuddles. He has his own room with lots of beds to snuggle in as well as cat towers and an outdoor cat run. He spends his days in the outdoor run and his night next to me. We both were in the right place at the right time. xx