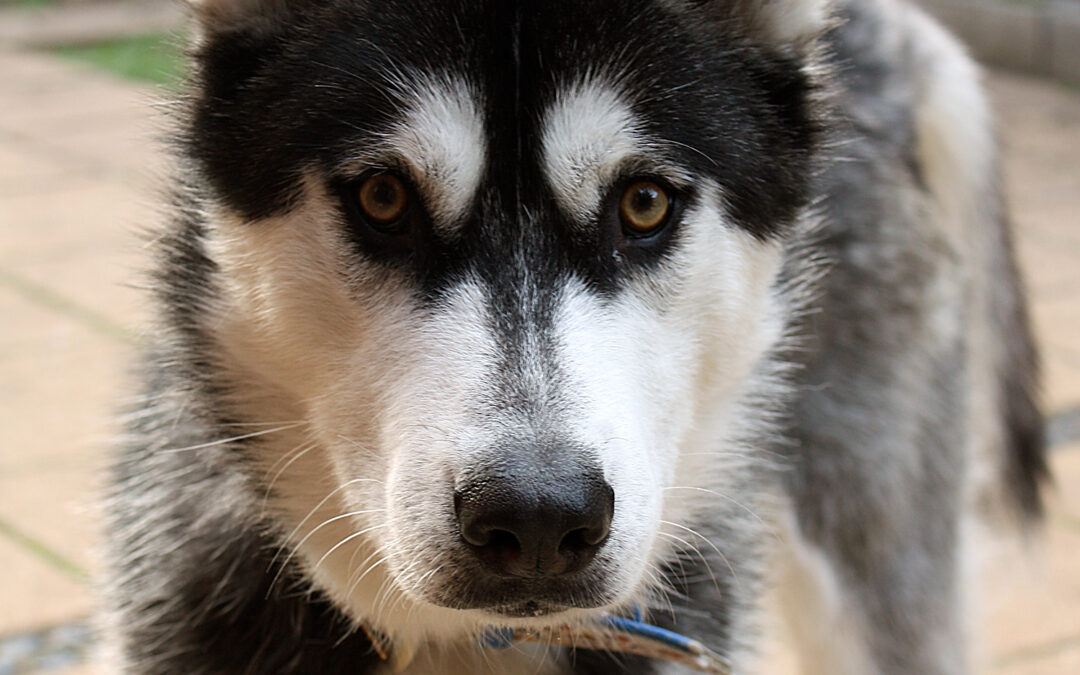 We adopted Miska when he was 10 months old not long after Melbourne went into lockdown #1, 2020. He came from a home where he was neglected from the age of 4 months to 9 months old due to a marriage breakdown. All he had was food thrown to him daily. He also missed out on crucial puppy education so we were on the backfoot aswell as being new to the breed.
Miska is a big Siberian Husky and is hilarious. He has no spatial awareness, thinks he is a lapdog and barrels through everything like a tank! He is also very vocal, especially when I'm on the phone or it's dinner time. One night he decided he had to sit on my lap when I was at my desk. With the extra weight not being distributed evenly, caused my office chair to break!
Miska gives us so much love and laughter. He gets so excited when it's time to go for a walk that it takes about 10 minutes to get him to sit still enough to put the lead on him.
We can't imagine life without him, now.