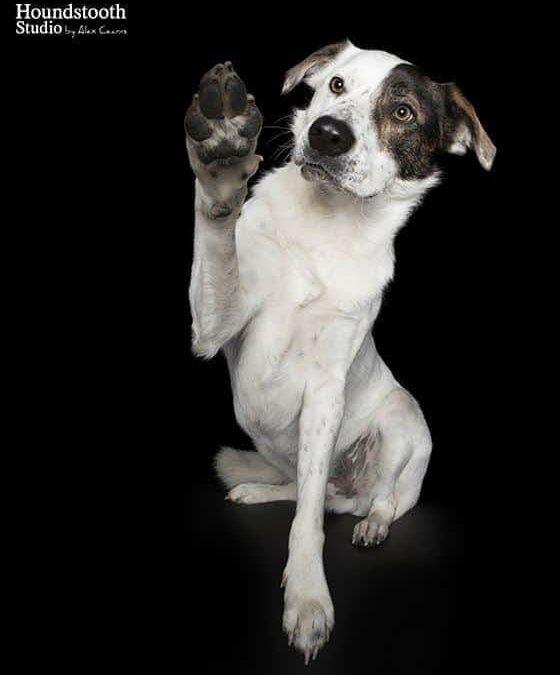 Mikki came into my life 4 1/2 years ago. He was 7 months old and his owners had separated. Mikki's owner was FIFO and so, he was left at home with his owner's father, but he had become destructive. The condition of his adoption was that his new owner had another dog, and time to train him. We met on a sunny Sunday afternoon and I was instantly smitten. He got on really well with my other rescue, and that was it. Mikki settled into our home very easily and loved his new playmate. They went everywhere together, slept together and got into mischief together. Mikki had been with us for two years when I noticed my other dog was losing weight. He wasn't eating properly and his energy levels had decreased. The prognosis was lymphoma, and unfortunately the outcome was not a happy one. Mikki was with his buddy when we said goodbye. It was a tough time, but he kept me going with his wet nose and hugs, but I knew he was sad too. Three months later we met a 14-week old Border Collie rescue. The two are now inseperable and our family is complete.