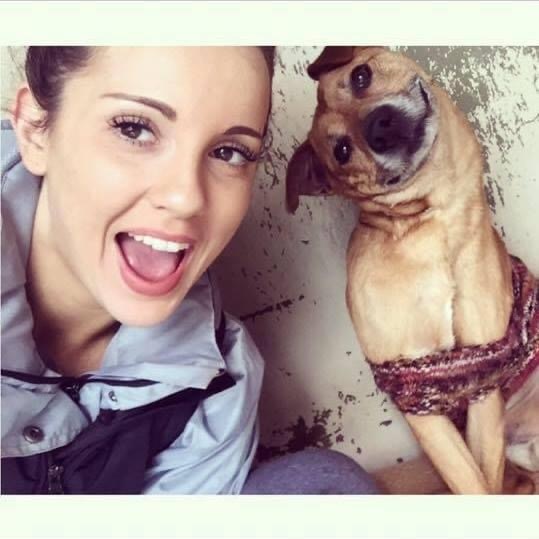 Max was dumped at the pound. Not only did his owners totally abandon him, they signed for euthanasia. He was petrified around men. I spent several days with him, he came out of his shell enough to convince the shelter manager to give him a chance. A male vet would check him. If he showed aggression, he’d be euthanised. The day I found out his fate will forever be one of those days I remember exactly where I was at the time – the feeling that washed over when I heard. The elation felt at that moment, indescribable beyond feeling altogether. Three words. On their own dont mean much, together mean more than anything ever could. Max. Is. Alive. Like some final act of merciless cruelty, his owners told us us he wasn’t worth saving. I’m so grateful we didn’t listen. This brave boy left my care into the loving arms of his forever family months later. This boy had such an impact on me in a short time, it felt like I was saying goodbye to my child who’d outgrown his mum, off to begin the next stage in his life. In reality though, he found his way home.