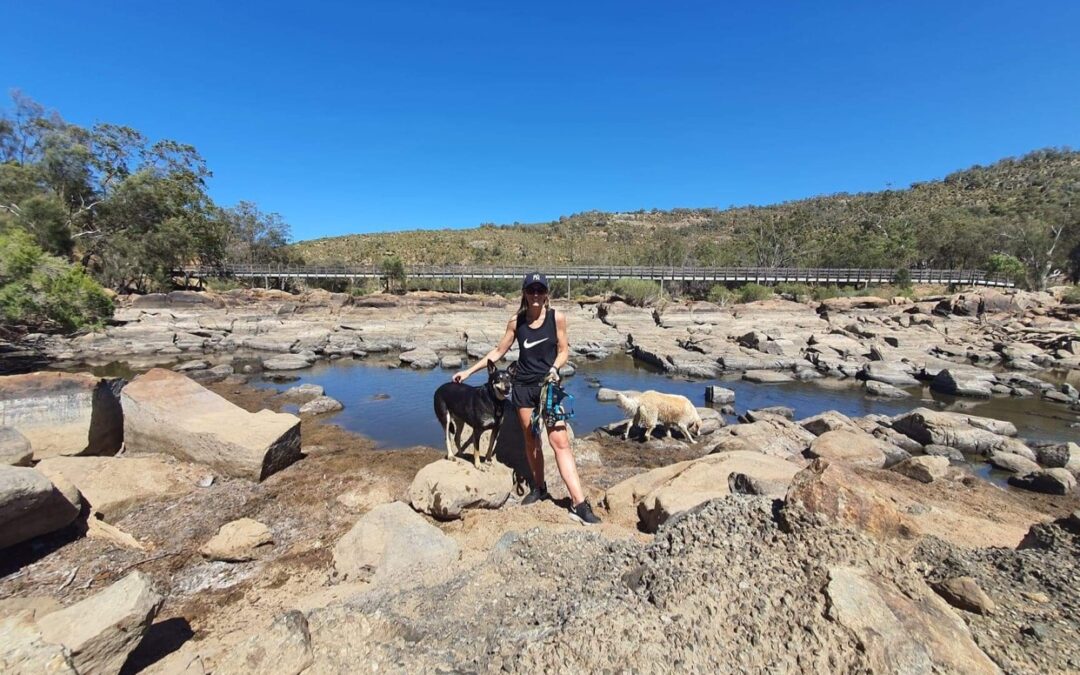 We were only meant to foster Loulou for two weeks but she became our first and only foster fail! She came from a place in Manjimup and had been previously verbally and physically abused. When she first came to our house she would yelp when we touched her ears, howl if we left her outside, bark at strange men and was in general a very anxious dog. The day after she came home we commenced training at 6am by going for a walk and learning her triggers. We noticed She would get quite lame on one of her back legs so we had her xrayd. We found out she had an old break on her back leg where the previous owners just hadn’t fixed it and it had healed wrong so now we are weary of overdoing her but she still lovesss her daily walks! Two years on and Lou Lou is the most loyal dog ever! It’s like she was sent to protect us. She follows me EVERYWHERE – if the kids can’t find me they just look for the dog! I could not imagine life without her, she is the best 💖