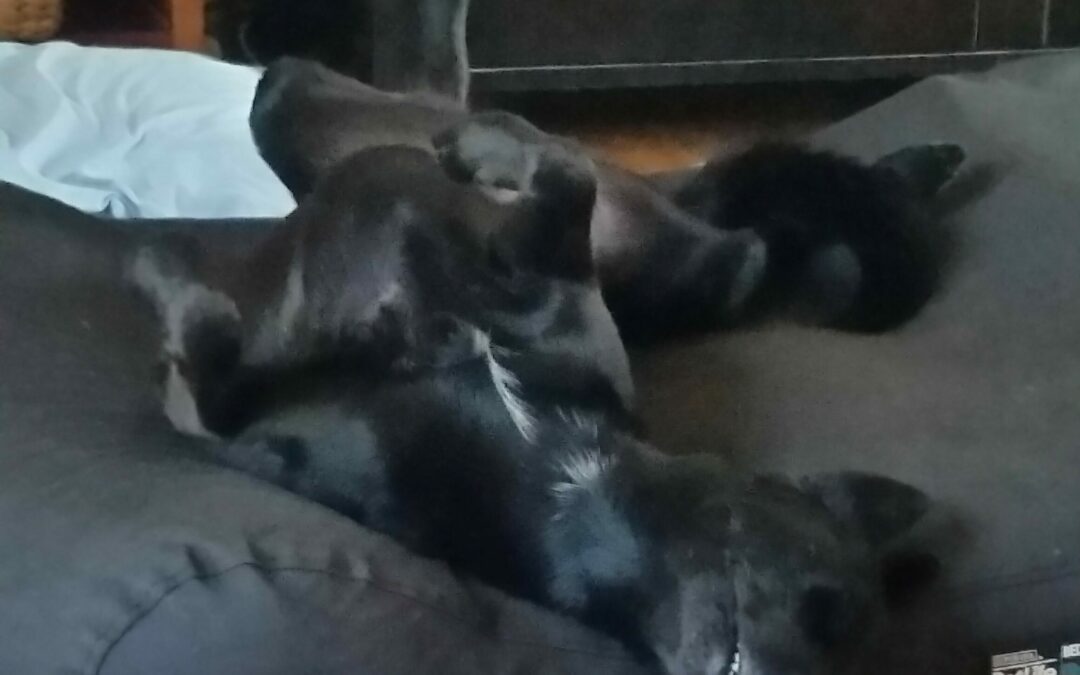 As a newly graduated veterinarian I worked at a clinic that had the local pound contract, which meant we had the grim task of euthanizing the dangerous, infirm and unwanted animals that couldn't find homes, Louie was the latter. A 3-4month old black kelpie mix puppy, apparently most of her litter was adopted, but solid black animals are usually adopted last. The pound worker popped her in the consult room with me while he went to retrieve a dangerous dog from his truck. She wiggled over and sat between by feet, licking my boots and looking up at me with her big ears and brown eyes, wagging her tail furiously! It took only a matter of seconds to make a decision that led to the pound worker coming back to find me, mid pup-napping attempt. To his credit he did not bat an eye, merely took one look at me attempting to hide said wriggly puppy in a hospital cage and just proclaimed, 'i seen nothin' and kept walking! Now when I'm having days where I feel like the reaper incarnate, I can look at her and know I at least saved her!