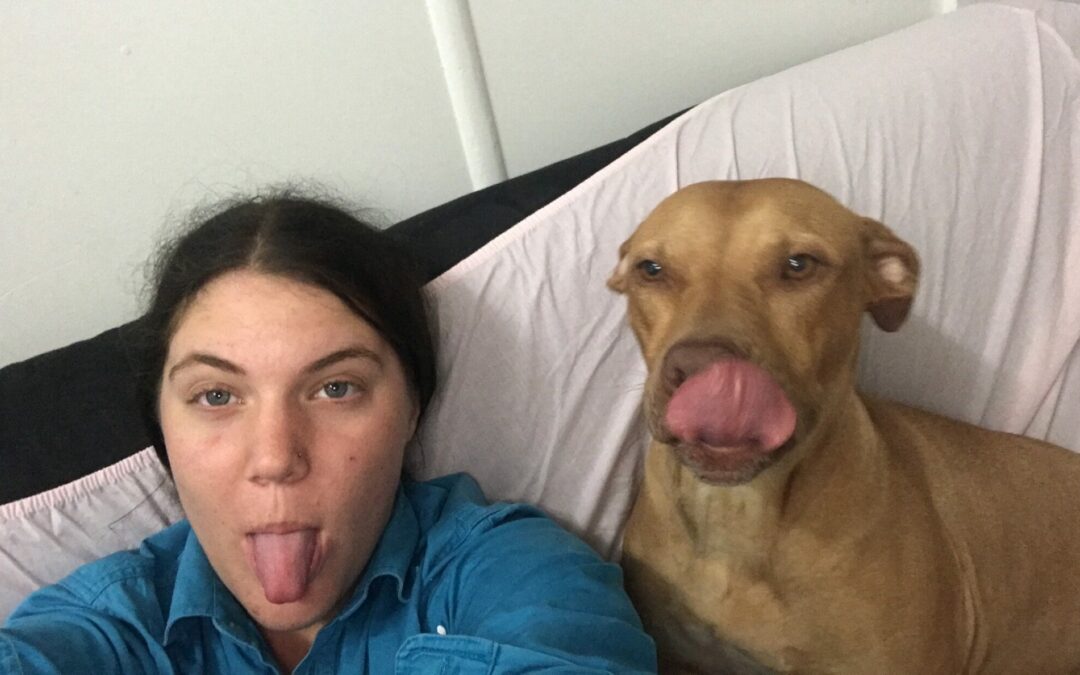 Before adopting Lexi she was tied to the ground by a thick heavy chain and was forced to have two litters of pups as soon as she could. After being rescued CQASI said she was timid and frightened and suitable to running with other dogs. When I first got Lexi she was still timid and often got scared of loud noises. Now she is the happiest dog. After implementing a routine she came out of her shell. She is actually a very energetic dog with loads of personality. She plays with 5 other working dogs (boarder collies and kelpies) and helps muster. As a pitbull she is often looked down on but she is the sweetest dog and is often found curled up on my bed or couch or feet. She has learnt to sit, shake, beg and lay down and often performs these tricks without being asked in front of my friends to get attention. My life is so complete with her and I couldn’t imagine not having her around!