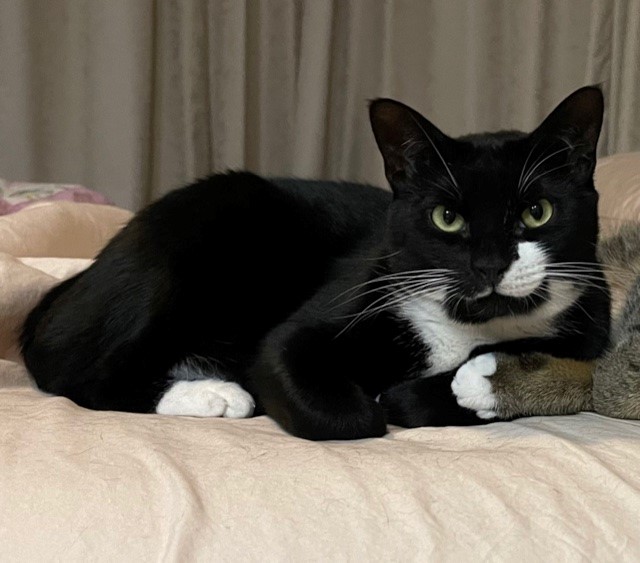 Jasper had been returned to the Just Cats shelter twice before I adopted him in December 2017. He was very distrusting and spent most of his time under my spare bed. I fed him under the bed gradually earning his trust and moving his bowl towards me where I was able to pat him. He was so stressed that he attacked and mutilated the end of his tail. When medication didn’t work, and he continued to attack his tail the only solution was to amputate his tail halfway. The day he was to have his stitches out he decided to rip them out himself putting another hole in the end of what was left of his tail. Jasper had to have a second amputation this time removing the entire tail and leaving a little stump. Jasper has come a long way in 4 years, he now jumps up onto my lap, sleeps on the bed near my chest and allows me to rub his tummy and give him a brush. He has changed my life for the better, giving me a life filled with love and affection. I’d be lost without my fur baby Jasper.