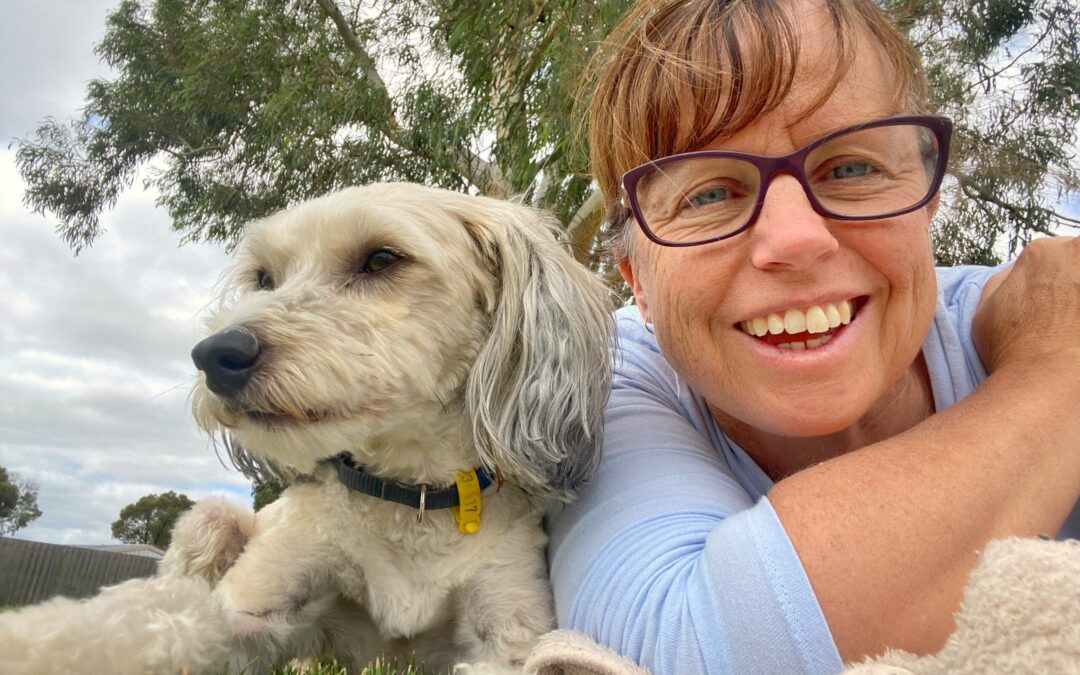 In March of 2018 Canine Lifeline received a request to take on a surrender. The dog was a 3 year old Chinese Crested Powderpuff. I was shown a picture of Jaffa and asked to foster him – and in the instant I looked at that picture I knew that he was coming to be mine. His stranger aggression issues didn't matter, I could work with that. In the moment that I looked at that first photo I knew that my old boy Chilli (a Cocker Spaniel, who had passed in 2017) was bringing Jaffa to me for the help that he needed, that I could give. Jaffa arrived on April 3rd and I adopted him formally on May 22nd, the day after the first anniversary of Chilli passing away. I knew without a doubt it was supposed to happen, and I don't usually believe in that type of thing, but Chilli was looking after both of us. Jaffa & I have worked through a lot of behavioural rehabilitation and he now helps me with foster dogs and clients dogs alike. His stranger aggression is a thing of the past and he loves to have cuddles with people. Love my boy!