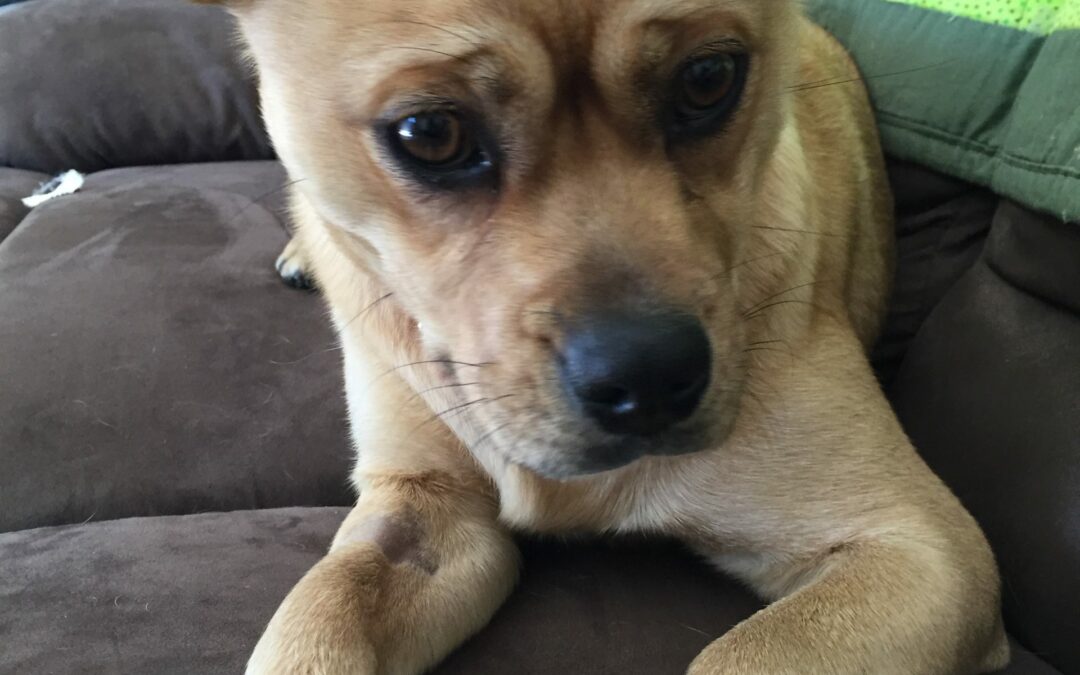 I adopted Isla when she was 9 months old. She had lived her life in a backyard being largely ignored and receiving no socialisation. When I adopted her it became apparent that she was struggling and has since been diagnosed with a rare condition called hyperkinesis (similar to ADHD in children) and mild anxiety. She would be very stressed and get worked up and be unable to calm herself down. She would run around for over 3 hours until she was beyond exhaustion and then crash. She was also highly dog reactive. Isla is now 4 years old and with help from a behavioural vet and a force free trainer, Isla is now a well socialised dog who is calm and relaxed and can play nicely with people and other dogs alike. She wants to be everyone's friend and loves to cuddle up on the couch and give me a kiss. She still loves to run but she is now in control and the running is enjoyable for her, not an exhausting symptom of her condition. She is one of the friendliest and most playful dogs that I have met and she has the softest fur imaginable. I can't imagine