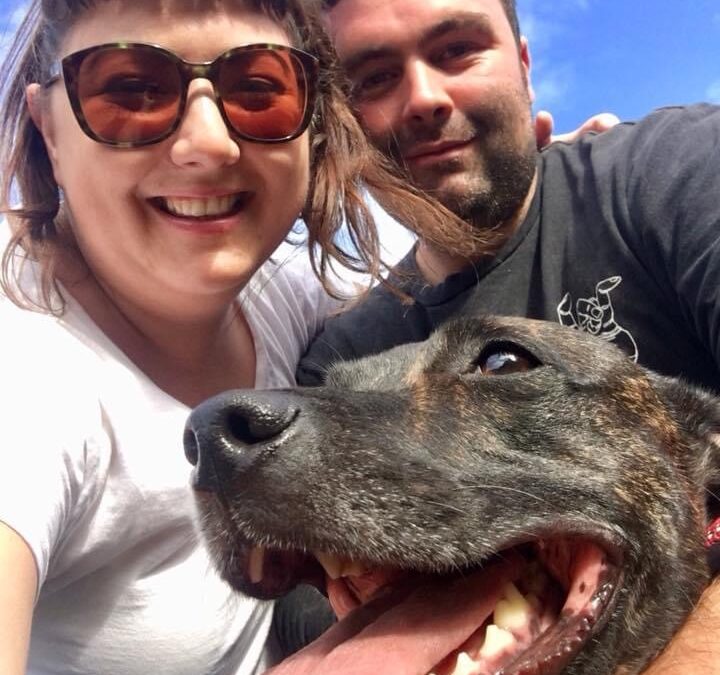 When we adopted Indi in 2017 she was a five-year old kelpie/staffie cross who hadn’t had much stability in her life. She was reactive and emotional, and would snarl if anyone tried to pick her up or get too close to her face. She would also lunge at other dogs and bark aggressively. 5 years later, she is a sweet and trusting girl who can be gently socialised with other dogs in a controlled environment. After a long day of fetch, walkies and chasing waves at St Kilda beach, she loves cuddling up in front of the TV for an episode of The Dog House with her favourite hoomans. Indi’s favourite food is hamburgers (just the patty) and her favourite game is tug-of-war.