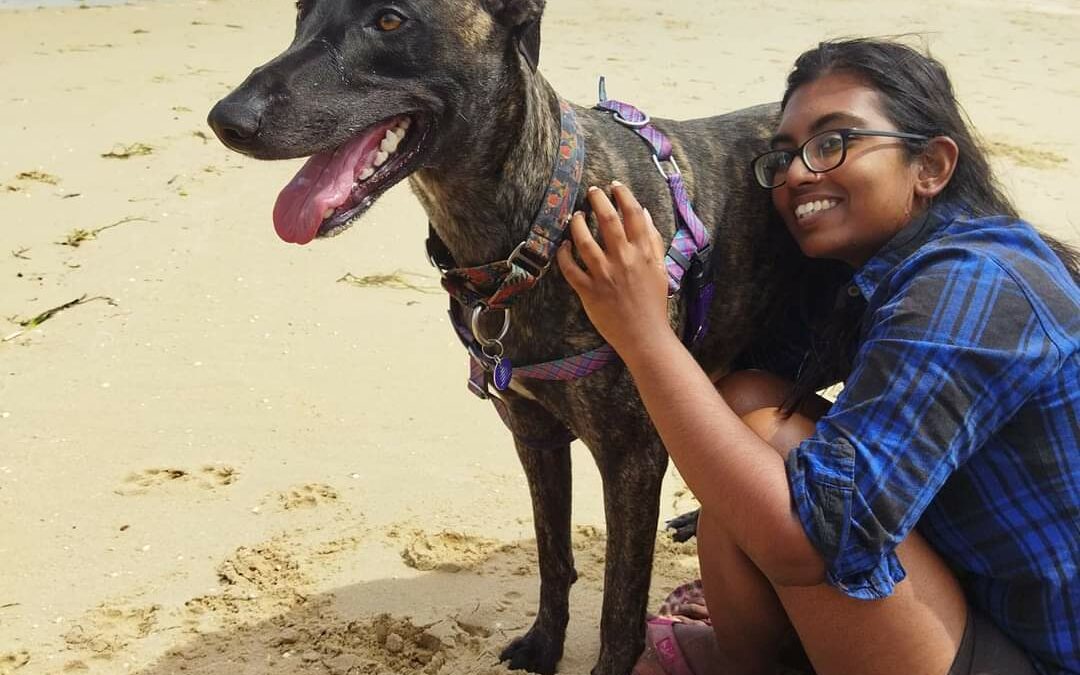 We had just finished fostering a paralysed French Bulldog that left us to go to Melbourne to be with her forever family. This was during Covid. After she left, I became rather subdued and was close to becoming depressed as Covid kept us cooped up. I had my two cats and my partner but it just wasn't enough. I had come across this rehoming post of a dog named Hunter a couple of months prior but could not take him in at that time. I went on Facebook and still saw him being advertised. I messaged his owner and she drove him to us all the way from Wollongong. Since we got him, my life became so much more meaningful. Because of him, I have made many friends and met many other dog loving people. I also bring him to work with me at an emergency veterinary hospital where he gives everyone cuddles and comforts those who have lost a pet. He suffered from major separation anxiety initially but now, he is happy to be alone for a couple of hours. I will give up my life for Hunter. He is a sweet and beautiful dog.