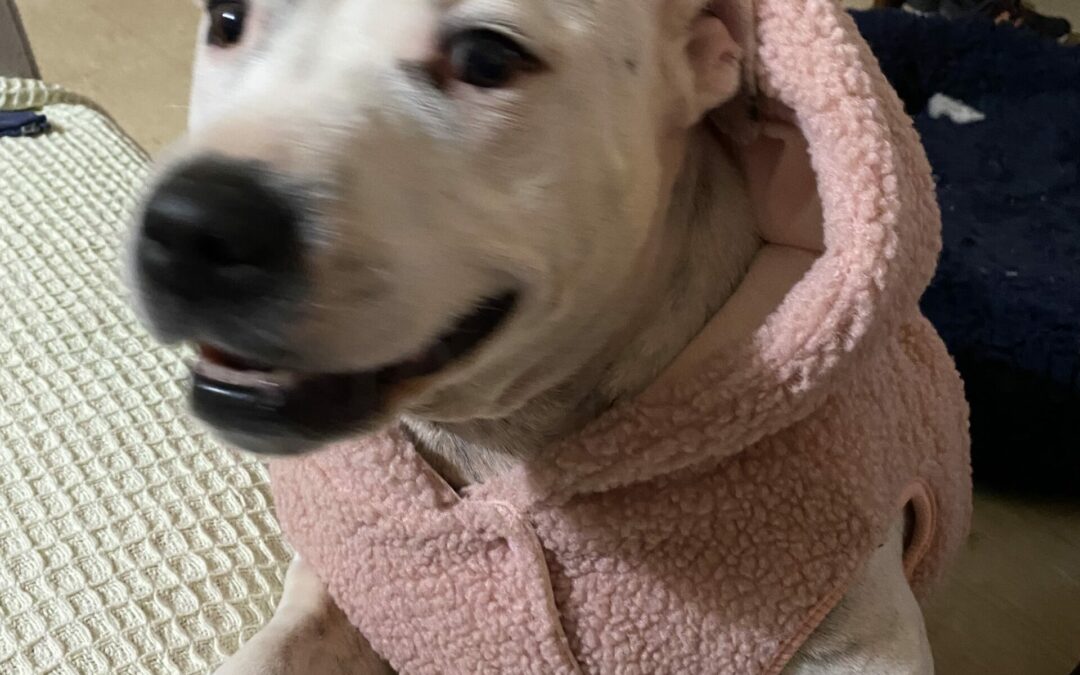 I found Holly in a pound south of Perth Western Australia. She had just weaned a litter of pups and was dumped at the pound that morning. I knew the moment I saw her that it was meant to be as I could have chosen any day for the 2hr drive to York but it was that day she was dumped and adopted in the same day. She was very sad at first and wouldn’t even look at me. For a long time after that she would run up to small dogs hoping to find her babies. She’s now a loving snuggle bug who insists on her belly rubs morning and evening. She’s also a social butterfly at the park and wants to give love and free kisses to everyone. I have mental health issues and physical disabilities as well as breast cancer I only found out about because she kept nudging my breast until I had the lump checked out. Holly has literally saved my life because the chemo treatment is working and I’m stronger because of her love. Four rounds of chemo in and I’m having to get help to walk her but she understands and loves me