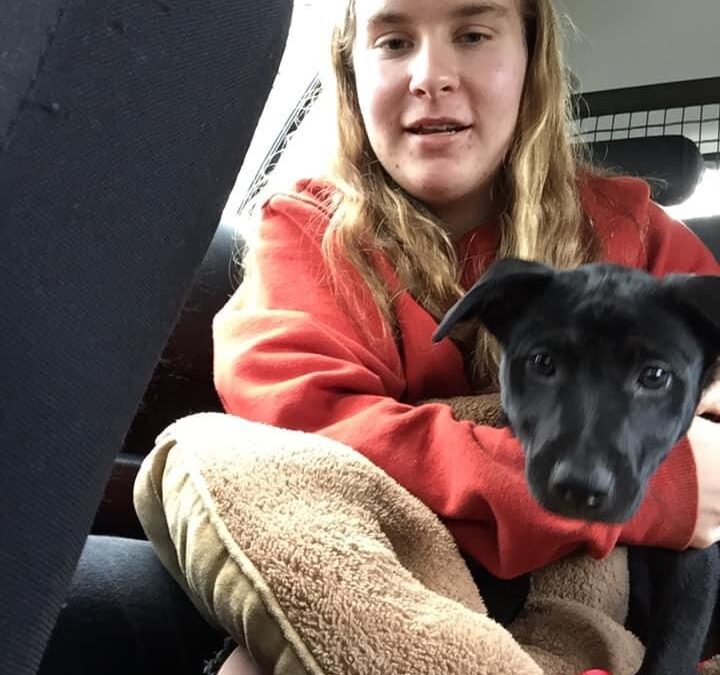 My family and I had previously owned a dog, and when he passed away, getting another dog was an unimaginable scenario. So about 3 years later, the family decided we were ready to adopt another dog, and after quite a while of looking online, we sent in an application to adopt Harry. We were told by the rescuers that he had been abused therefore he was malnourished and the most anxious dog they had ever looked after. When my parents heard this, there were unsure as to whether we could look after a dog 'like that' but I was determined, because I knew how he felt after dealing with mental health problems for a long period of my life . The first time we saw him, he was cowering with his ears down in a cage, and when the cage opened, he stayed inside it, he stayed like this for his first days at our house, but slowly he started to come up to me. Now, 6 months later, he barks when I come home, he runs all over the house like a madman and his tail never stop swagging. He feels loved and so do I <3