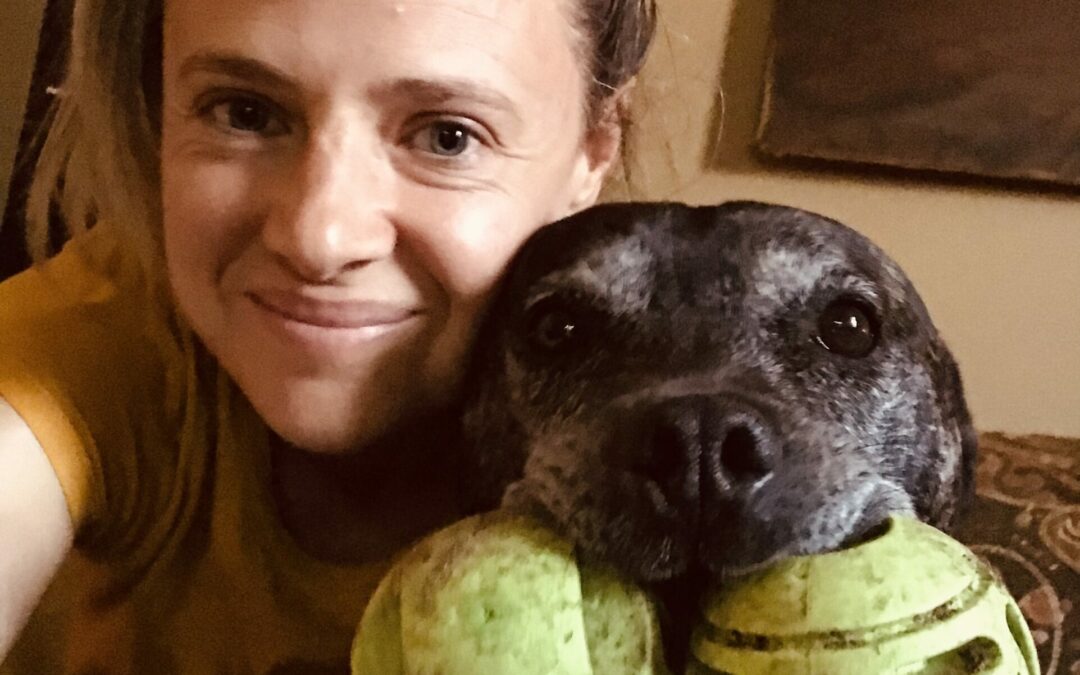 Harry was malnourished, had mange and was covered it fleas. He had been tragically neglected. He was so anxious and would jump in shock when you would touch to pat him. He has had two knee surgeries and an eye surgery as a result of his neglect (25,000 dollars in vet bills) but we wouldn’t have it any other way. Harry now attends day care, is highly affectionate and has an adoring family. He eats home cooked meals every night, and he is especially good at mentoring other rescue dogs (particularly puppies) with his naturally gentle and caring nature. Harry is now really good at helping other dogs with trauma come out of their shells which is the most heartwarming thing to see.