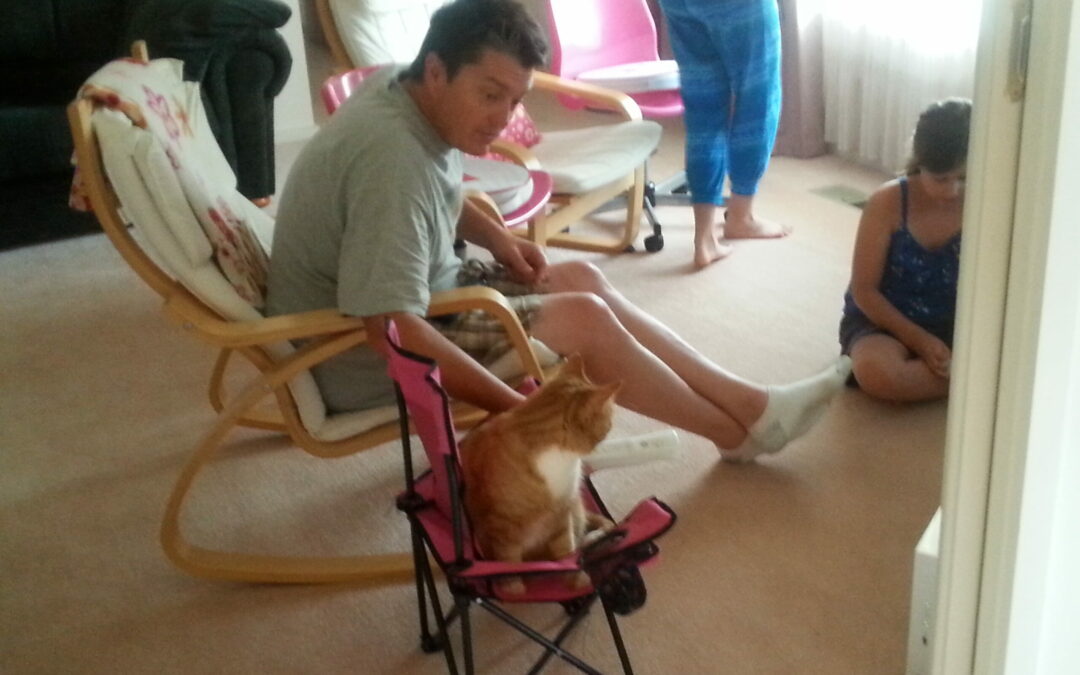 In January 2017, our family had just returned to Victoria after living in Queensland for a year for my husband's work. While we lived in Queensland, we were lucky enough to be visited by two neighbourhood kitties. We had told the girls that we would look at adopting a kitty of our own once we returned to Victoria. As a family, we viewed kitties on the local pet shelter site. We found a gorgeous ginger boy that we wanted to adopt but when we called the shelter they said he was sick and they would contact us when he returned from the vet. That didn't work out and we went in person to the shelter to view another kitty that we liked. However, we were told that this kitty would not be a good fit for our family because she didn't like children. Well, we had a chance to visit with the other kitties and there was a ginger boy named Harold who immediately took a liking to us. We adopted him on Valentine's Day. What can I say? He has made our world a brighter place. We often say he is an angel without wings.