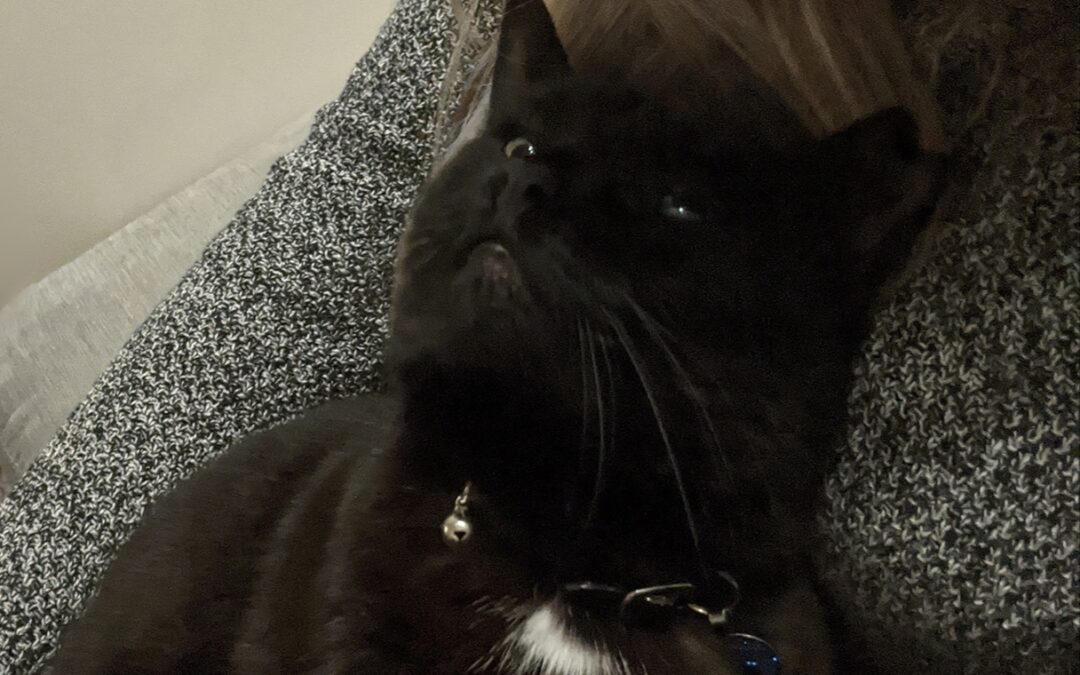 Fury had been treated badly and surrendered to Cat Haven at 7 years old. He had a cut on his ear and what they thought was a previously broken tail which curled up like a pug's, but he was so charismatic, and I fell in love the moment I saw him.

What I didn't know was that he had severe anxiety and predatory aggression. For months he would attack, without warning, latching onto my arms with his teeth and claws. I was left constantly scratched up and upset. I just wanted him to be happy and healthy.

Tests revealed that he had spondylosis, explaining the curly tail, and was in a lot of pain. After months of working with a pet behaviourist and finding him the right pain and anxiety medications, he overcame the aggression and anxiety issues and became playful and loving.

He cuddles up on my lap and climbs under the covers with me when it's cold, wakes me up with nose kisses in the morning and will nuzzle up against my family and friends to get pats and attention. He's the most affectionate and energetic little man and I'm so grateful that he came into my life.