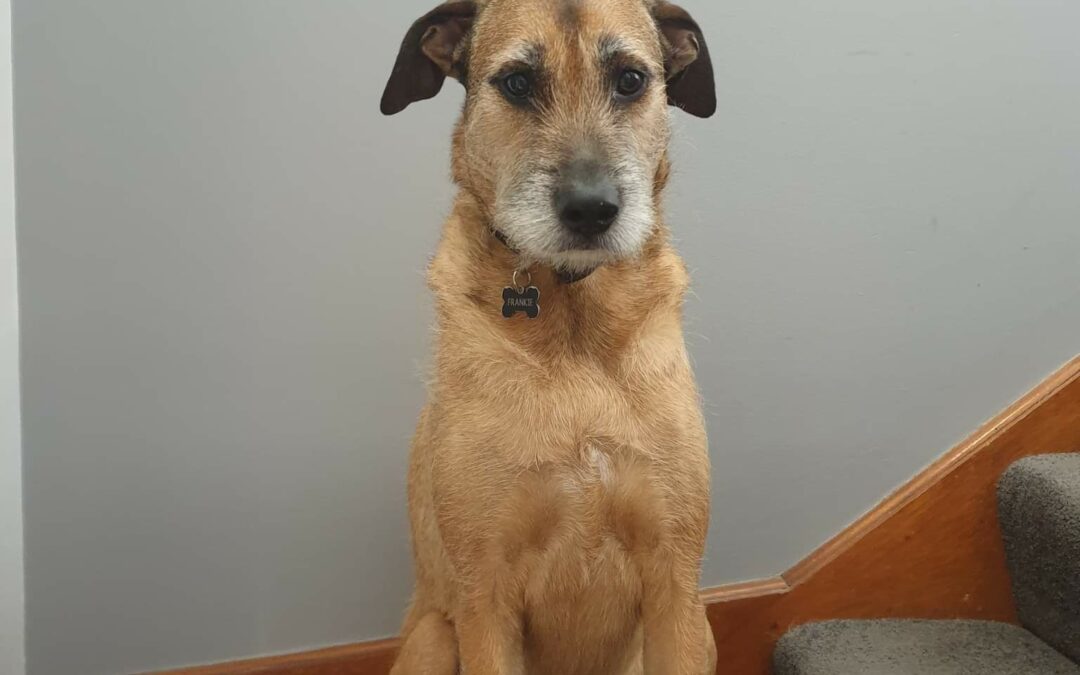 My partner and I bought a townhouse in Sydney and decided that after we redid the backyard we would get a puppy. Soon we were trawling the adoption sites before the backyard was done. I had to leave my first dog behind at my parent's place because that was his home, but we knew we wanted a Wolfhound cross just like him. We stumbled across Utah who was in Mackay and available for interstate adoption on a case by case basis. It was meant to be and Utah was driven down to Sydney on a long journey to us. We decided to change his name to Frankie after my grandfather. I asked his foster mother if she would like to keep in contact to see his progress. She said yes and added me on Instagram. I saw that she had two dogs, Moose and Frankie. I explained we had named Utah, Frankie. She said she had started fostering because her Frankie passed away and she wanted Moose to be kept company. It was meant to be. Frankie is the long-legged love of our lives, king of the castle and ultimate destroyer.