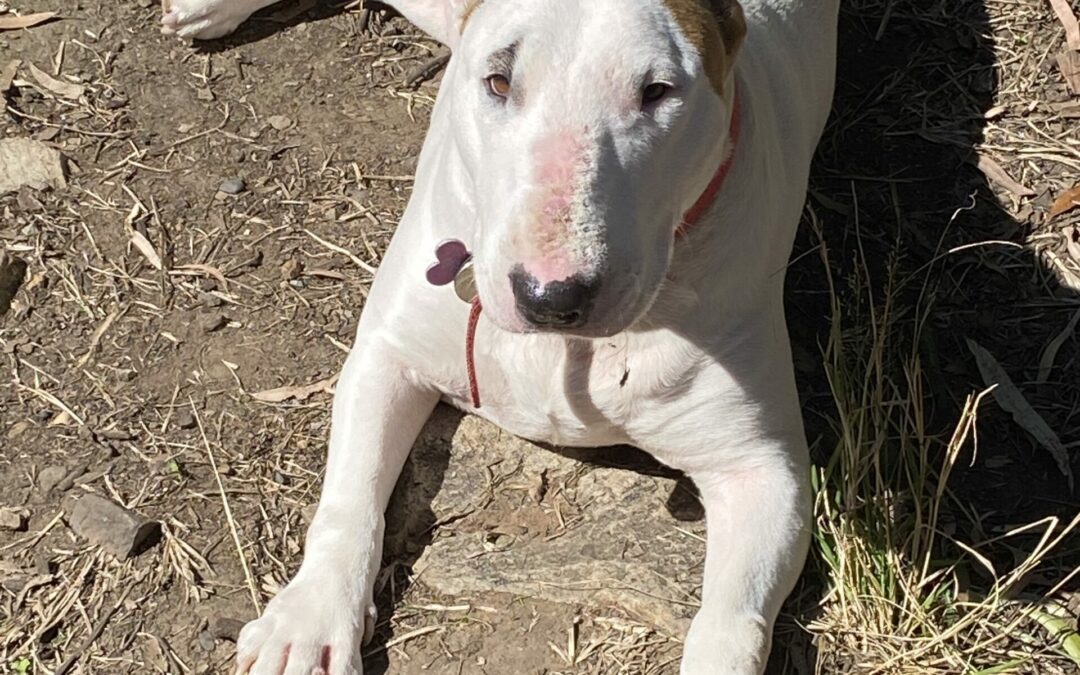 Frankie is one of the 110 Gladstone bull terriers that were rescued in 2018. She was one of the Mums. When we got her, she was terrified of the world, literally everything was terrifying. She had no idea what toys were or what to do with them. She had no idea of what treats were and wouldn’t try any. We would literally have to put small pieces in her mouth to get her to taste it until she eventually worked out what we were trying to do and that treats are amazing! She is still scared of some things but her favourite thing to do is go camping. She literally becomes a dog and will happily be outside in the sun and grass, she will not do this at home. She is strictly an inside dog who will only go outside to toilet. She is the ultimate couch potato/lounge lizard, now living her best life with her two cat sisters (who are also rescues). We have a house of animals with mental health issues but they are now all living it up for the rest of their days.