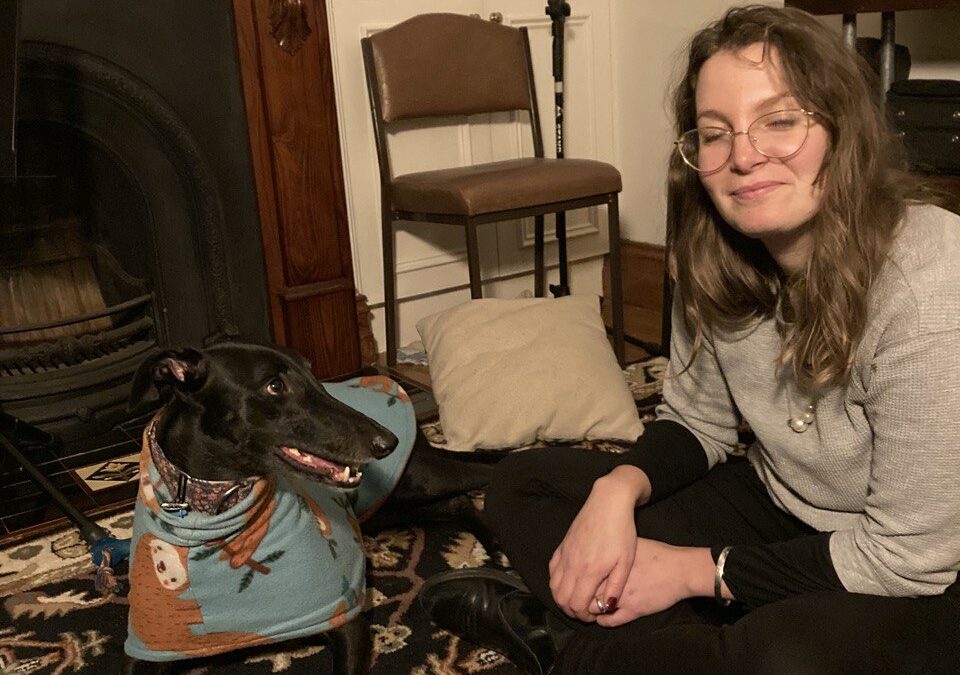 When we got Duke he was a big boy, but timid as a rabbit. He didn't know what pats were and he shook with fear when we would take him out of the house, too scared to go on walks. He would freeze up and refuse to move when he saw something that scared him. The list included: trucks, skateboards, children, other dogs, balloons, hot air balloons, and the worst thing of all- gardening hoses!
With patience and time Duke has blossomed. We took him on the same exact walk at the same exact time of day for about three months as he began to trust us, and learned that we would not let anything scary happen to him. Over time, his tail began to lift from in between his legs with fear, to being a little bit more curly at the end. Eventually, we started diverting from our usual route, taking him to a few new places and letting him sniff to his hearts content. Now, he has completely transformed, he runs up the hallways in excitement, tail high in the air, eager to run out and explore the world, no longer scared of all the scary things!