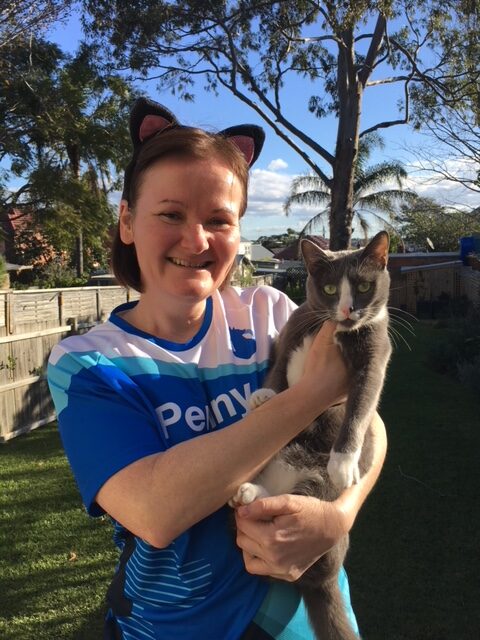 Dolores is one of the lucky ones. As a young kitten, she was rescued by Inner City Strays having been found trapped inside the engine of a car that fortunately drove up outside Balmain Veterinary Hospital. Inner City Strays fostered her until we adopted her in January 2017. Like so many strays Dolores has clearly known severe hunger, cold and fear as she hoovers up her food (and that of her cat or hooman family) and insists on pride of place on the bed every night. As Winter has arrived she has suddenly become a lap cat (she is a heat seeking missile). Dolores is terrified of strangers, visitors never get to meet her, they only know she exists from photographs. Dolores has three adopted rescue older furry brothers all of whom she bosses and demands that they groom her. She is quite the princess and complains bitterly if you pick her up or do anything as selfish as try to eat your own cereal of a morning. My husband adores and worships her and she in turn tolerates him.