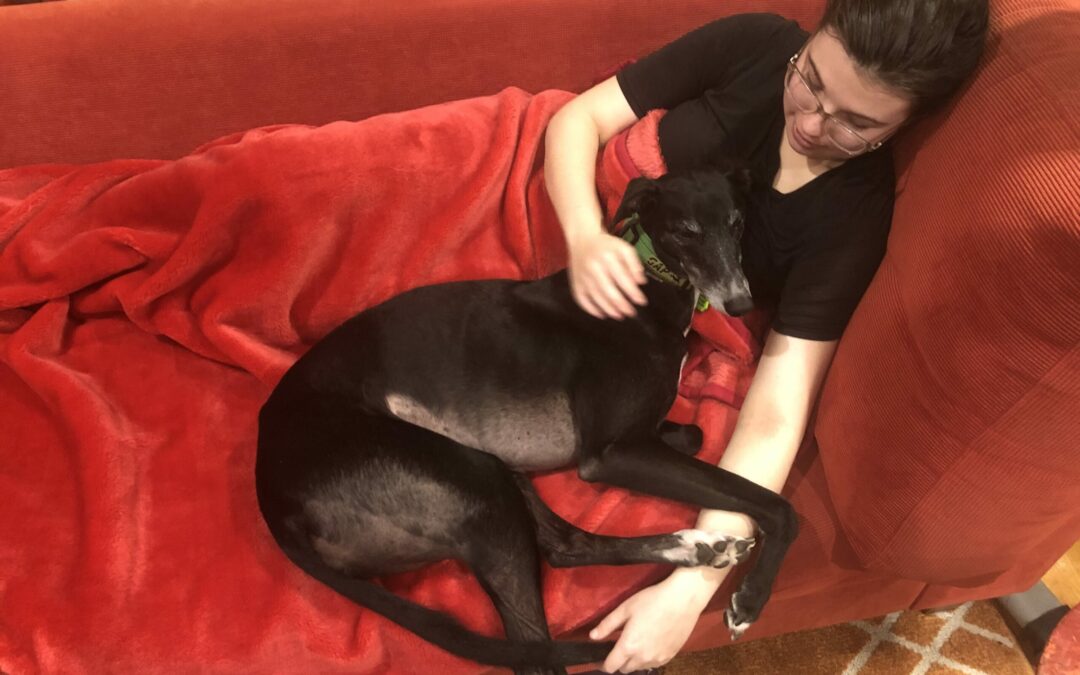 Two years ago, our gorgeous Papillon passed away unexpectedly on the operating table during knee surgery. She was eight; we were devastated. She sadly left a void in our home which we thought could not be filled fill with another pet. Months later, my husband heard about the GAP program on the radio. We knew nothing about greyhounds but we were moved by the emotional stories on the website. We fell in love with the greyhounds at the Seymour kennels immediately. We wanted to save them all but settled on two: Sammy and Dobby. Dobby is my daughter’s dog; she’s very special. She was just another black greyhound amid the sea of black greyhounds; she’s more boisterous than most and had been housed in the kennels for a long time. It’s sad but unfortunately true that GAP can only keep dogs a certain amount of time and if they’re not re-homed, they’re sent to the RSPCA; Dobby was days away from that move when we chose her. She adores my daughter, loves hugs (she thinks she’s a lap dog!) and we describe her as a big, lazy cat. We now couldn’t imagine our home without our two greyhounds.