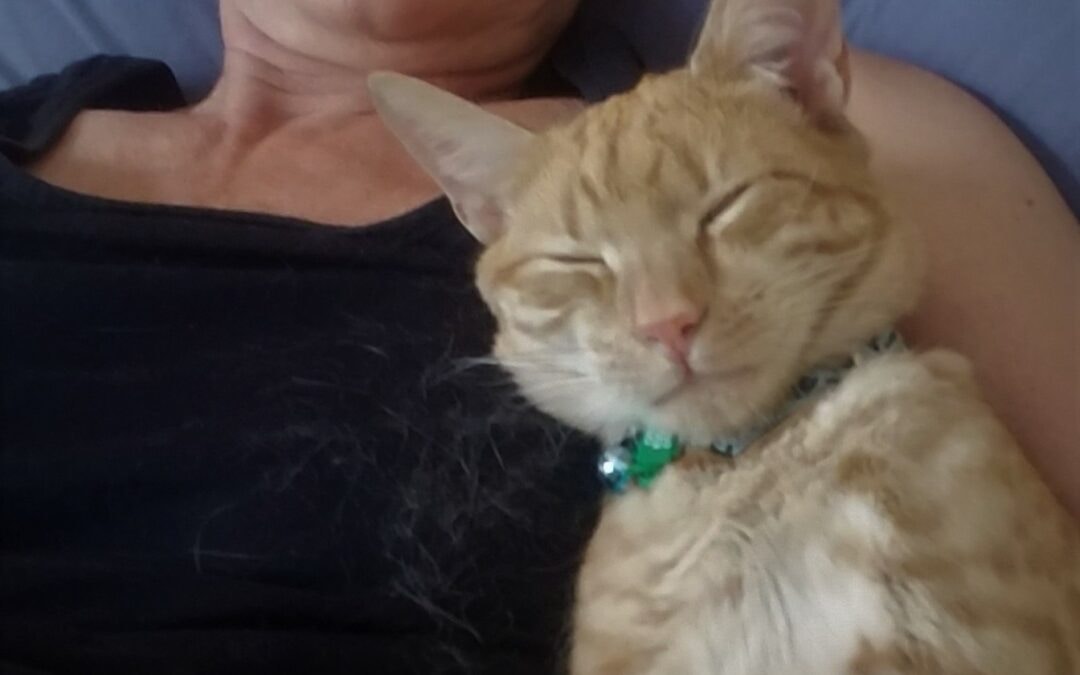 Ginger cats have always chosen me and I have had four males. After losing two much loved elderly cats yet another ginger gazed at me with appealing eyes from the SAFE rescue profiles I was scrolling through.
After taking him home we discovered he was a feisty ginger and would bite and cry to go outdoors. Toys were discarded after 10 seconds and a harness and leash proved just as unpopular.
Bob badly needed furry company but we were concerned a second cat would join Bob’s attempted door rushes. So we considered a dog and it was a staffy cross rescue who proved the solution to Bob’s frustrations.
Initially, under constant supervision, the dog growled but brave Bob batted out at the dog’s attempts to unnerve him discovering that he could jump higher, get into inaccessible places and generally outwit her, accompanied with a smug smile. Now accepted as the boss Bob is allowed to chew her bottom when they are curling up together.
One year later, Bob is a happy indoor cat and thrives in his two loving adults and dog family. My husband and I feel blessed to have adopted these two rescues changing their lives and ours.