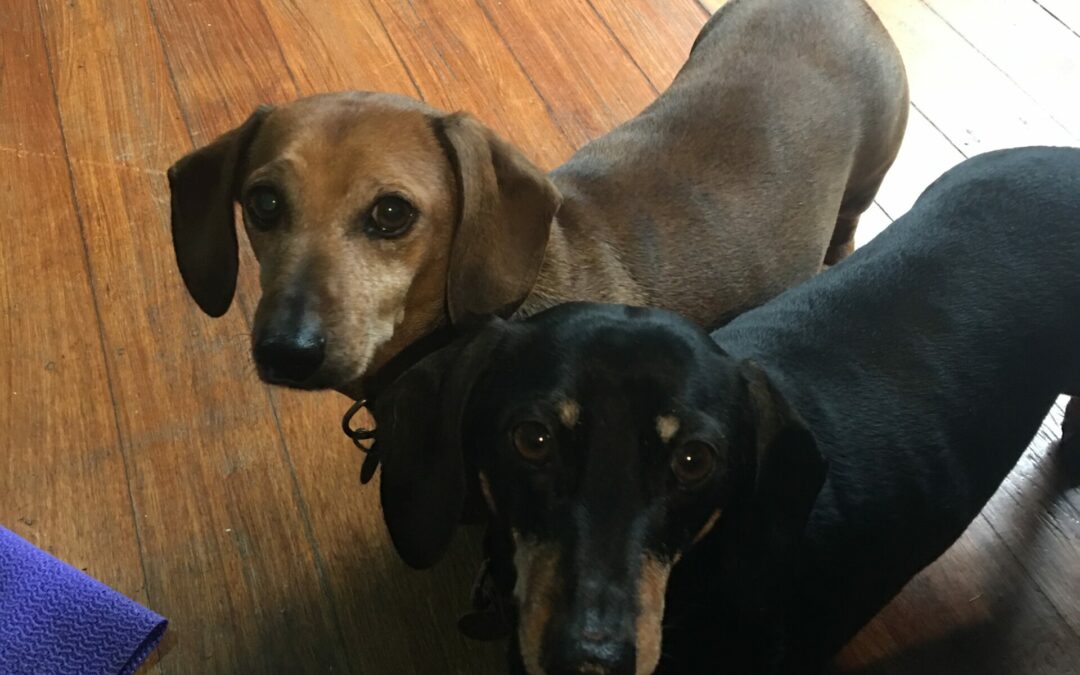 Early March 2020, a week before first state lockdown, I was approached by DRA to adopt 2 mini 8 year old Dachshund brothers, Ralph and Baxter, as their family were no longer able to care for them. I was somewhat hesitant as I already had my own dog, Ned an 8 year old Australian Terrier who had recently developed an autoimmune disease and was requiring a lot of care and expense. I also am permanently minding my daughters Welsh Terrier Tenby due to a new baby, a toddler and some jealously issues. Ralph and Baxter were in dire need of a new home & time was running out for them. So I adopted both and they have been a delight, Baxter has had some significant health issues with surgery required but hopefully is ok now. Both dogs settled into our house like they had lived with us forever, both love the garden which they previously didn't have access to, their walks, get along with Ned and Tendy and our chooks. Whilst they have been an expensive adoption especially due to my work stopping at the same time as we got them due to Covid-19 I couldn't imagine life without them,UnfortunatelyRalphpassedaway3weeksago,wemisshimterriblybutatleastweknowhehadacoupleofveryhappyyearswithus