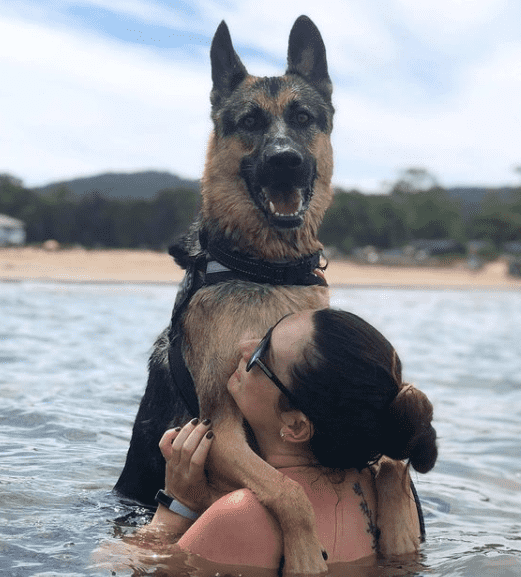 I had planned to get a German Shepherd from a breeder as a puppy, but by mid-COVID 2020, I was lonely and discovered CCACF. I met two Shepherds but was disappointed – one had badly sloped hips, and the other was uncontrollable.

They told me they had a third, but he hadn't had his behavioural tests yet. As soon as he ran out and laid eyes on me, I knew he'd been waiting for me. 2 y/o, he'd been bought by his previous owners as a puppy, and had since spent the better part of his life chained up outside, ignored and starved. He was severely underweight and covered in big hairless scars. He hadn't been trained, but was incredibly responsive, and his personality was gorgeous. I renamed him to Anteros – The Greek God of Requited Love.

Last week we celebrated 1 year together. Anteros has not only gained confidence, he is fiercely protective of me, my family and friends, and loves his two cats like his own babies. His life is now filled with runs on the beach, playtime at the dog park, cuddles from everyone he meets, full bowls of food, and endless love.