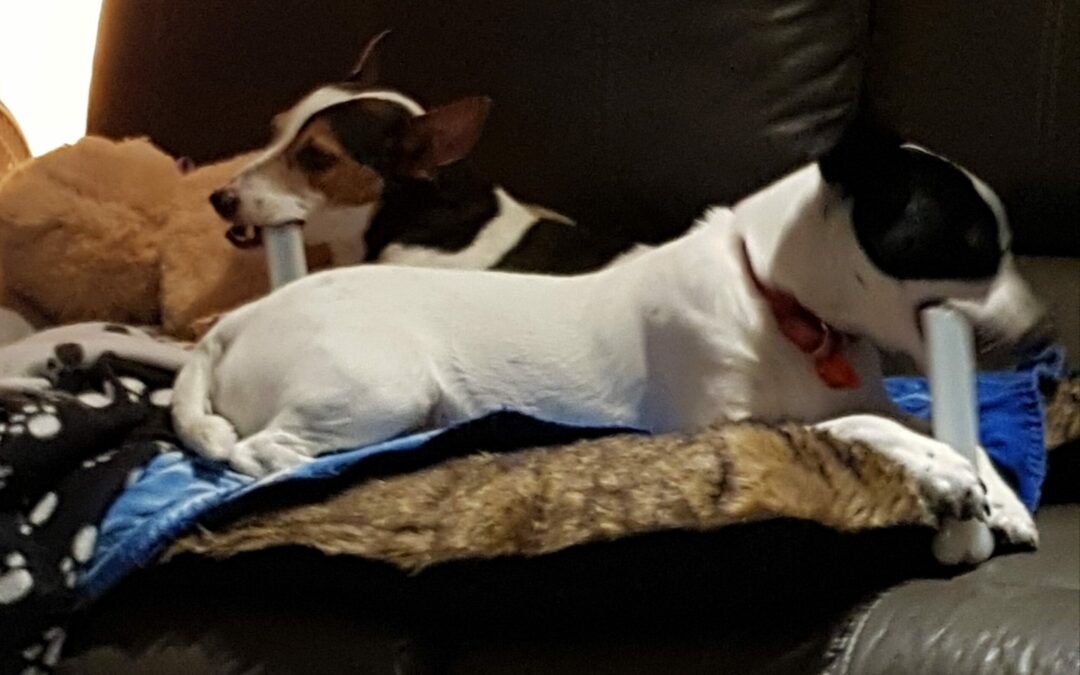 We bought Alto. Originally named goffer in 2013. Or should I say he picked us. After some anxiety issues he settled down and has become a well behaved and sociable dog. We play music at hospitals and age care facilities. We were worried about Alto being on his own so we adopted Melody aged two as a companion for him. She also came to us with various problems which she has now got over.
We named the dogs after music.
As I'm a 70 year old saxophonist it seemed only right to name Alto after the Saxophone and Melody for the same reason. We get the same feeling as playing music as we do playing with the dogs. They have brought us so much pleasure since their adoption.
We are thankful to God for making this union possible.
Along with our pool of Koi carp and our aivary of Budgerigars + playing for the sick and elderly we know we are truly blessed made more so by our beautiful fur babies.