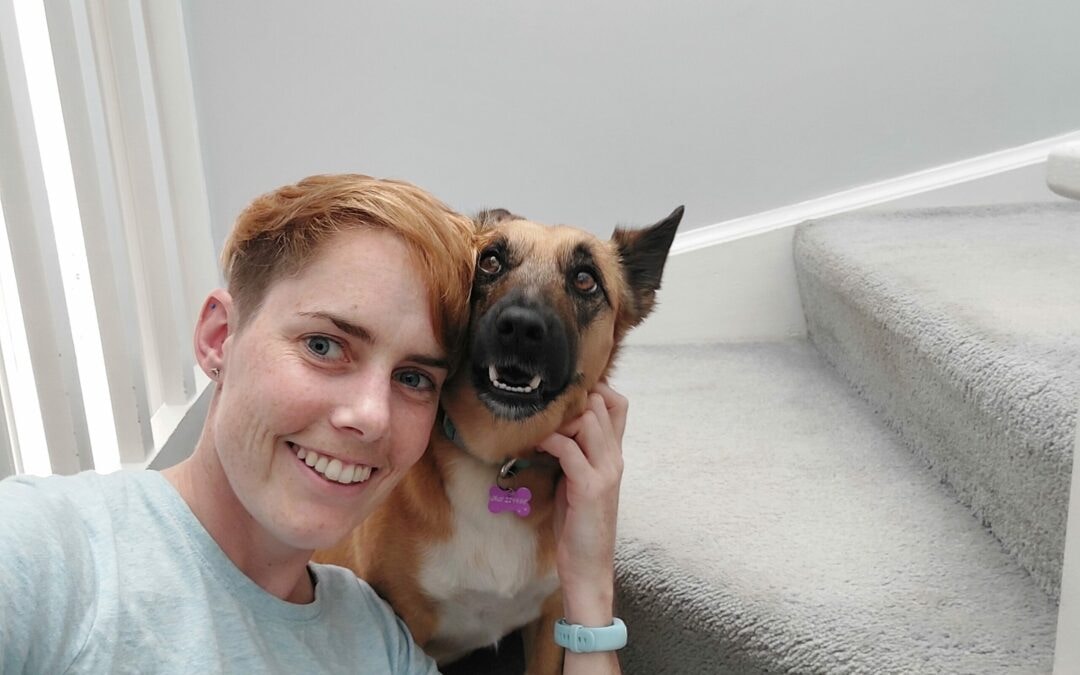 Allira was at a kill shelter out west and Hunter animal rescue saved her. She weighed 7kg when they then and 9kg when I adopted. She now weighs a healthy 14kg.
She's a corgi/kelpie/possibly more, and the vet thinks she was around 2 when we adopted her
Her fur was short, dull and shedding a lot and now she has a beautiful glossy coat. She had scars on her belly as well but they are healing.
She would eat anything and everything when we got her but has become a little pickier now she's well looked after (spoilt).
She was terrified of everyone but could be won over with belly rubs. Now she doesn't like strangers but will happily snuggle with her family and friends.
She is my assistant animal helping me with my autism and I get out a lot more now I have her. So she rescued me as well.she reminds me to eat and I also sleep a lot better with her around. She will refocus me if I'm having a panic attack.
I've only had her 2 years and the change in both of us is amazing.